The Living Faith Church, also known as Winners Chapel, have been embroiled in serious crisis ever since Pastor Gideon Oyedepo, younger brother to the General Overseer, Bishop David Oyedepo, was transferred to the church’s branch in Edo State.

Daily Post reports that a member of the church, Nosa Aigbogun, accused pastor Gideon Oyedepo of allegedly slapping him and using soldiers to beat him up over a minor disagreement.

He said the pastor had become an emperor and problematic to the majority of members since he was transferred to the branch as a resident pastor, a situation he said was no longer healthy for the larger population of its members.

Speaking with journalists in Benin, Aigbogun called on concerned authorities and security agencies in the state to come to his rescue over the continuous harassment of some of their members. He said:

“”I want concerned authorities to rescue/save us from him. We have received enough slaps. We are begging his elder brother, Bishop David Oyedepo to save us from the overnight emperor before it’s too late.

“Since his arrival in our branch, he has slapped two persons, and he keeps saying nobody can do him anything. ‘Bros just look at my body, see my back. He has turned the branch to something else.

“He called for unit meeting on Sunday, and I was part of those that attended. He was talking about how he will dissolve the unit, all of a sudden, he just turned to me and started calling me devil, idiot, saying that was how I kept the pin mic, and he couldn’t find it.

”Before you know it, he just slapped me, and he said I cannot do him anything and that he has been planing to deal with some of us in the church. His P.A joined him, although I wanted to retaliate but other unit members pleaded and I succumbed.

“But today, on his instruction, his P.A went and brought soldiers who claimed they were from supply and transport (S&T) barrack.

“It was a legal friend of mine that saw them before me. He just alerted me that I should run that P.A was coming with soldiers. I had to hide myself, but they searched and located me. All they could say was that I should follow them.

“When I asked where they were from, they bounced on me and rough handled me with the instruments they came with and beat hell out of me. I have reported the case to Okhoro police station, all I want is justice,” he added.

It was gathered from some other member of the church that Pastor Gideon Oyedepo had threatened that should his brother respond to complaints from the members of the branch, he will have no option than to open or start his own church which they said he promised will be white garment church.

Effort to reach Bishop Oyedepo was unsuccessful as several calls and text messages sent to his phone went unanswered and unreplied as Nosa Aigbogun has now been rushed to an undisclosed private hospital in Benin. 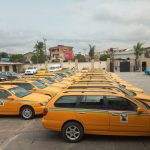