The former leader of the Niger Delta People’s Volunteer Force (NDPVF) Asari Dokubo has accused the leaders of the Indigenous People of Biafra (IPOB) Nnamdi Kanu, of promoting religious intolerance. 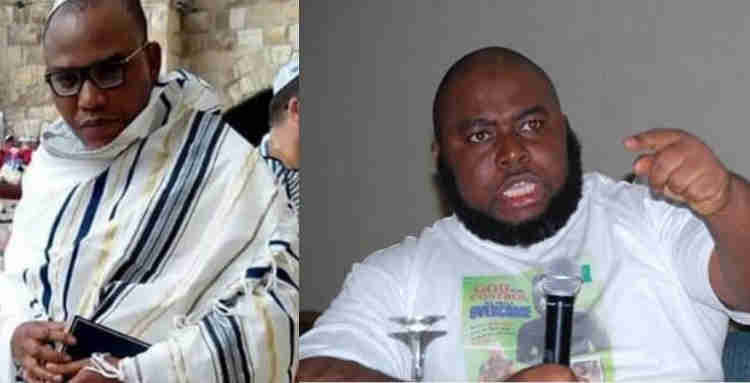 The Ex-Niger Delta warlord stated this while reacting to a recent video by Nnamdi Kanu, where the IPOB leader declared that all Nigerian pastors are evil.

“Every pastor in Nigeria is evil. If you’re going to church, you’re going to hell! Direct! Because the message you’re receiving, they’re from messengers of darkness, of liars and deceivers,” Kanu had said.

Reacting in a video shared on his Facebook page, Asari Dokubo said he could not work with Nnamdi Kanu, whom he described as an ‘idiot’, because the Biafra he (Dakubo) his fighting for would guarantee religious freedom.

He accused the IPOB leader of promoting religious intolerance against non-followers of Judaism, alleged that Kanu and his followers are planning to kill Christians and Muslims in the proposed country and make Biafra “a Jewish State”.

“All of us are Biafrans, a set of Biafrans now decide that they have the right of life and death over all of us, that they are going to kill all Christians, that they’re going to close down all churches, ” Dokubo said.

“They have started going, breaking down the monuments of Mary, Angel Gabriel and all sort of things, they have proclaimed our Biafra, our own Biafra, a Jewish state.

“What are his credentials in our struggle? He rants. What is his badge of honour? 76 times in detention, still counting. I have not given up, I have not run away. I am not Ben Johnson, I am not Usain Bolt.”

KanyiDaily recalls that Asari Dokubo had threatened to kill Nnamdi Kanu, if he ever dares him. He also said that the struggle for the actualization of the Sovereign State of Biafra has been compromised by the IPOB leader.

READ:  "My Ultimate Ambition Is To Make Heaven" – Amaechi Says As He Narrates His Early Life Struggle