A former Niger Delta People’s Volunteer Force (NDPVF) Asari Dokubo has accused the leader of Indigenous People of Biafra (IPOB), Nnamdi Kanu, of collecting ‘hundreds of millions’ from Southeast governors and also betraying his IPOB members to the Department of State Services (DSS). 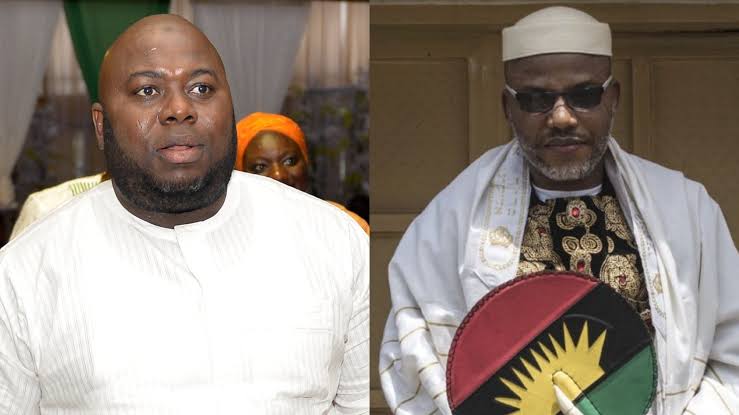 The former Niger Delta militant leader made the accusations while reacting to allegations from IPOB members that he collected the sum of N20million from Kanu in 2016.

In a video he posted on his Facebook page on Monday, Dokubo swore by the Quran that he had never collected any money from Kanu, just as he asked the IPOB leader to swear if he had not collected billion of Naira from some governors.

ALSO READ: Asari Dokubo Threatens To Kill Nnamdi Kanu If He Ever Dares Him

Dokubo also accused Kanu of betraying IPOB members to the DSS while insisting that the days of the IPOB leader are numbered as he would soon be disgraced and punished publicly. He said:

“I never betrayed any of your members, you sent them to me and they left, as we speak I have about 18 IPOB members staying in my house because of the love and trust they have for me. So many IPOB members, BSS Commanders come to me and even beg me not to talk.

“I swear, if I collected any money or betrayed any Biafran, may Allah punish me in this world and the one after.

“I also now ask Kanu to swear if you have not being collecting monies from all the governors of the Igbo states and beyond running into hundreds of millions.

“Swear that you have never betrayed IPOB members to the DSS, I know that whether you swear or not your days are numbered.

“You will soon be punished and the whole world would see your disgrace. I stand my the Quran and maintain that if I ever demanded N200m and you gave me N20m, may Allah punish and disgrace me in this world and the one thereafter.”