Popular American rapper, Kanye West has reportedly withdrawn from the US presidential race, less than two weeks after announcing that he would run for the 2020 presidency. 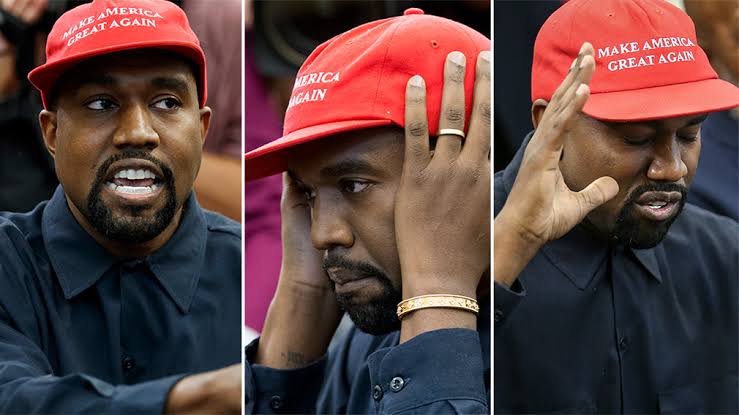 Intelligencer reports that Kanye West had hired campaign staff who were looking into getting his name listed as a third-party candidate in Florida and several other states, but the team has now reportedly been told the bid is off.

Steve Kramer, an election strategist hired by Kanye’s team to assist him in being added to the voting card, said that the rapper was “working over the weekend in Florida formalizing the FEC.”

However, according to Kramer, it looks like the plan was just too overwhelming because Kanye West is now out of the race against President Donald Trump and his Democratic rival Joe Biden.

“He’s out…. I’ll let you know what I know once I get all our stuff canceled. We had over 180 people out there today,” Kramer told Intelligencer when the Florida campaign came to an end.

READ:  Funke Akindele Gifts Pa James A New Apartment After His House In Lagos Was Overrun With Flood

Kramer added that Kanye West’s newly-hired team was upset about the end of his campaign, stating that the mix of volunteers and paid workers were looking forward to his run.

“I have nothing good or bad to say about Kanye,” added Kramer. “Everyone has their personal decision about why they make decisions. Running for president has to be one of the hardest things for someone to actually contemplate at that level.”

As at the time of filling this report, the 43-year-old award-winning rapper has not officially announced if he has backed out of the US presidential race.

READ:  Mercy Eke Shows Off Wads Of Dollar Notes As She Goes Shopping In Atlanta [Video]