Former professional boxer and undisputed world heavyweight champion, Michael Gerard Tyson popularly known as Mike Tyson, has revealed that he is a Congolese.

In the last episode of his famous “hotboxin podcast” with singer Akon, Mike Tyson made a shocking revelation saying that he did his ancestry and realized that he is a Congolese.

Mike’s composure in telling the news proved he was very much convinced he was from the African country. His face looked priceless telling his colleagues he traced his ancestors and the led him to the Democratic Republic of Congo.

This explains a lot as Akon confirmed that Mike possesses some skills and character traits of the people of Congo.

According to him, Mike has the heart of a Congolese. He told a brief history of the people of Congo and the height of their strength.

“The Congolese, these dudes kill Gorillas with their bare hands, that is why Mike is so strong,” he said.

Watch the latest episode of @hotboxinpodcast with my brother @akon premiering live right now on my YouTube channel. Link in bio.

Meanwhile, KanyiDaily recalls that Akon had announced that he has finalized an agreement for the establishment of ‘Akon City‘ in Senegal.

Akon, who shared a photo from the deal-finalizing moment on his Instagram page, told fans that he was looking forward to hosting them there in the future. 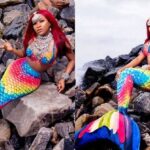 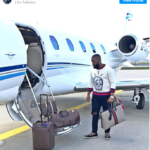