Zamfara State Police Command has arrested one Abubakar Namalika over the gruesome murder of Dr Enoch Okpara, a gynecologist attached to Federal Medical Centre in Gusau, the state capital.

The State Commissioner of Police, Usman Nagogo who disclosed this while to newsmen on Monday, said the suspect was arrested in a forest by a team of Operation Puff Adder around 10 p.m on Sunday.

Nagogo said that the suspect had already confessed that he was given N5,000 by a bandit leader to commit the gruesome murder, along with some of his gang members now at large.

“It could be recalled that on June 13, 2020, unidentified armed bandits invaded the house of the gynecologist and gruesomely murdered and burnt Dr. Enoch Okpara at his residence in Gusau, the state capital” he said.

The commissioner said that in the course of investigation, the police discovered that Namaliki was one of the prime suspects who masterminded the murder. He was arrested.

During interrogation after his arrest, the suspect who belong to the gang of a notorious criminal, Shehu Bagewaye, known as Shehu Gusami, informed the police of many other atrocities he committed including the killing of five innocent persons.

He told told the police that they went to late Dr. Enoch Okpara’s house to collect money from him at all cost, without which they were to kill the victim.

”He said when they could not get the money, they killed him and burnt the remains within the house where the doctor lived alone,” the CP explained.

The police commissioner said that the command was on the trial of the other four gang members that killed the medical doctor.

When interviewed by newsmen at the command, Abubakar Namaliki confessed that he was given N5,000 by the bandits leader to commit the gruesome murder.

In Other News: Police have arrested a woman who slept with a Man she paid wiyh sex to kill her husband in Rivers State 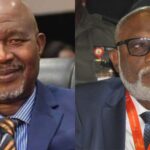 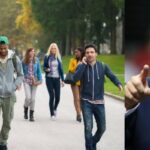