A 33-year-old mother, Alexandra Dougokenski, has strangled her 11-year-old son to death because she was fed up with him playing on his cell phone late at night in Brazil. 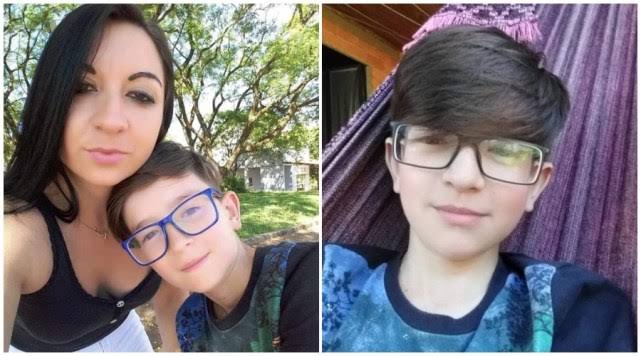 According to DailyMail, Dougokenski was charged on Thursday, July 2, 2020, after confessing that she snuffed life out of her son, Rafael, since last two months.

Weeks before his death, Rafael had recorded a poem in which he expressed how much he loved his mother. In the poem, Rafael thanked his mother for looking after him and his brother and said that her smile meant ‘everything’ to him.

The Brazilian Police said the 33-year-old divorced mum of two initially tried to divert attention away from herself by claiming the child had run away from home following an argument over his behaviour.

Investigators launched an extensive search, with the help of sniffer dogs and anxious family and friends, in the forest close to the family’s house in Planato, Rio Grande do Sul state.

When the search failed to find the boy, Dougokenski broke down and confessed that she had strangled him with a clothes line in a rage.

The suspect claimed she ‘couldn’t live with the lie anymoree’ and needed to offload the ‘burden’ on her conscience.

Ten days after he disappeared, she revealed where her boy’s remains had been hidden. The badly decomposing corpse was wrapped in a sheet with a plastic bag placed over the head.

The body was found on May 25 in a large cardboard box in the garage of a neighbour’s house just six yards from the family’s property.

The woman has been charged with triple qualified homicide, which includes killing for a futile reason, strangulation, and the defencelessness of the victim. The maximum penalty is 38 years in prison.

KanyiDaily had also reported how a Brazilian mother and her lesbian lover tore off her nine-year-old son’s penis before beheading him because he reminded her of her dad. 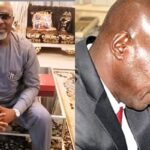 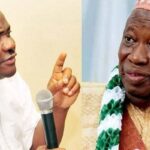