Residents of the Federal Capital Territory (FCT), Abuja and Lagos State are now living in palpable fear as policemen, officials of Federal Road Safety Corps (FRSC), have deserted most roads and neighbourhoods. 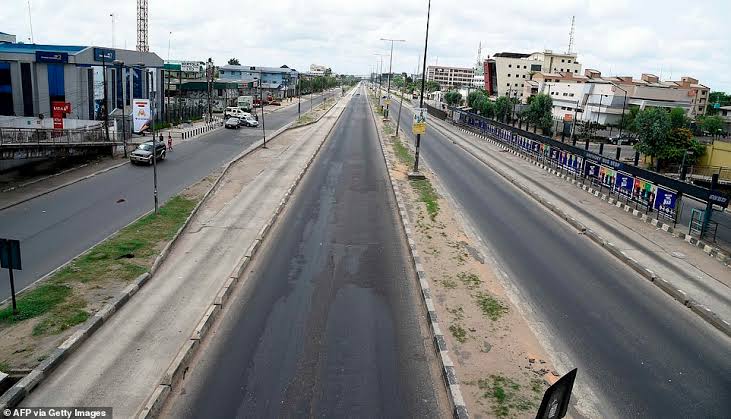 Just a few military personnel are now sighted around areas where there are public assets like the International Airport, the state secretariat, multinationals, foreign embassies, among others.

The Inspector-General of Police, Mohammed Adamu, had ordered the mobilisation of all police operational assets and resources to bring an end to the violence, killings, looting and destruction of public and private property in parts of the country, but the order has been largely ignored.

Aggrieved policemen in most cities have retreated to their barracks following the murder of their colleagues and the torching and looting of their stations by criminals who hijacked the #ENDSARS protests.

Police sources said officers and men felt unappreciated by both the government and citizens that they suffer discomfort to protect. They went into their shells in silent protest, a source said.

READ:  Nigerian Woman Jailed For Lying That She Was Homeless And Claiming £114K Benefits In UK

Some policemen who confided in The Guardian expressed displeasure over the way they were treated by fellow countrymen. They said some of them are visibly depressed and heart-broken, adding that it will take a long while for citizens’ confidence in the police to be restored.

One of them who wants to remain anonymous said: “You people said soldiers are more civil than the police, we have now left you in the hands of soldiers. I don’t want to say more than this.”

Another said: “I feel ashamed and unhappy to be called a policeman. No one is counting the number of policemen killed during this whole mess. Are we not human beings? Don’t we have the right to life?”

Police sources said the hoodlums did not spare female cops as a handful of them fell victims to their onslaught. One of them said: “We are mourning. We are in pain. They killed our men, our women, and even injured so many others. A lot of those injured are still in the hospital. It was not a pleasant experience.”

READ:  Jesus Christ, The Only Messiah Was Imperfect As Man, And So Is Atiku - Obasanjo

Lagos residents now feel unsecure with the absence of policemen within the metropolis. The fear is heightened due to the recent looting and burning of police stations where arms and ammunition were carted away.

A resident identified as Joshua Oladipo said: “I left home on Monday for the office and I couldn’t find a single law enforcement officer at the duty post in Lagos. This is a grave risk if hoodlums still see that with the relaxation of curfew, law enforcement agencies are absent.

“I fear for the next wave of insecurity looming in the state, as police weapons have entered into wrong hands after many police stations were attacked and vandalized last week. This is besides the confusion and congestion on the road with the absence of the dreaded LASTMA officers.”

Another resident said he encountered about 20 artificial toll gates mounted by street boys from Anthony to Mile 12 on Friday.

He described the situation as “the huge cost of protest; the agony of anarchy in an improperly ‘articulated’ and decaying society, whose predicament is now compounded by the demobilisation and ‘demoralisation’ of the police, making life to be nearly short, brutish and nasty.”

READ:  I’m Sick And Tired Of All These Killings Without Any Action Against Killers - 2Face Idibia

A resident on essential duty, who left the office around 11 pm on Sunday, relived how ran into thugs as he made to make a U-turn at the Abule Egba Bridge along the Lagos-Abeokuta Expressway.

“I encountered two roadblocks mounted by unclad area boys under the flyover at Abule Egba. I didn’t see any police checkpoints from Oshodi through Capitol Road (Agege axis where I dropped off a colleague) to Iyana Ipaja.

“Approaching the U-turn under the Abule Egbe flyover, two cars that took ‘one-way’ nearly ran into me. As I wondered why they took one-way, I met the first roadblock. I slowed down slightly, expecting to see policemen. Suddenly the boys appeared.

“As they made to surround my car, I sped off and meandered in-between a drum and a piece of wood they placed on the road. Another set of boys waited in front just immediately after the U-turn.

“The first set of boys chased after me, screaming to alert the others ahead. Other boys came out of their hideouts. I increased speed as I turned, tyres screeching.

“They had piled old tyres just after the U-turn, expecting me to stop or slow down…but I drove through the tyres. Fortunately, nothing heavier was placed on the road to stop me. God knows what would have happened if they had succeeded in stopping me.

“A heavy stick landed on the car as I raced away. The stick missed the windscreen and windows by inches. The U-turn is usually well lit, with a police checkpoint, but it was in darkness Sunday night and policemen were nowhere in sight.”

In a bizzare situation, another Lagos resident said on Ikorodu Road axis, he forced to withdraw money from a POS operator to give the hoodlums after they visited two ATM points that were out of service.

READ:  Watch The Moment Regina Daniels Angrily Pushes Her Staff Into Swimming Over An Argument [Video]

Some residents took to social media to lament the state of lawlessness, appealing to the police to take control of the situation and restore normalcy.

A celebrity, Editi Effiong, said: “I went around Lekki this (yesterday) morning. Passed through all the hotspots where area boys have blocked roads. Spoke to area boys, helped de-escalate some heated moments.

Federal Capital Territory (FCT) residents also complained about the absence of police and other law enforcement officers on the streets, especially at night.

The situation became a source of worry, especially for those who close late from work or have other endeavours that keep them out late.

“I finished late last night and on my way home I did not see a single policeman on the way home. I was really scared, to be honest. It was quite worrisome as this means criminal elements are going to be having a field day,” a resident said.

“We are now back. As I speak to you, we are on convoy patrol. I have addressed my men and the Area Commanders and DPOs have also spoken to them.

“Yes, they are hurt having lost colleagues, friends and loved ones, it is normal to feel pain after seeing the destruction on police properties.

“But we have spoken to them and they understand that the primary duty of protecting lives and property must continue. They have now returned to work. Those whose stations were burnt or destroyed have been asked to resume at the area commands.

“If you go out now (yesterday evening), you will see policemen in their uniforms performing their duties. As peace gradually returns, everything will normalise,” he said.

Force Public Relations Officer, Frank Mba, said the deployment of policemen was now intelligence-driven. He denied that there were no policemen on the streets.

“There are massive operations ongoing simultaneously in several states of the federation aimed at reclaiming the public space from hoodlums.

“In line with that operation, our deployment strategy has been very methodical. It is intelligence-driven, target-oriented and purposeful. What I mean is that we are deploying in areas most importance.

“If there is intelligence, for example, indicating that a particular place is about or likely to be attacked, then it becomes important that we strengthen the security around those areas and reduce the vulnerability of the target. That is what we are doing.

“We are conducting street patrols and at the same time concentrating our operations on areas we consider vulnerable,” he said.

This is coming one week after #EndSARS protesters were dispersed by shootings that caused unconfirmed number of deaths and many injuries following a 24-hour curfew imposed by Governor Babajide Sanwo-Olu in Lagos state. 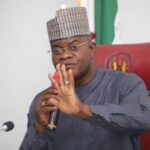 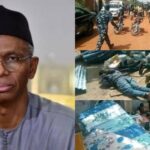