Borno State Governor, Babagana Zulum, has called on Nigerians to stop seeing Boko Haram insurgency as a northern problem, but a challenge that affects everyone. 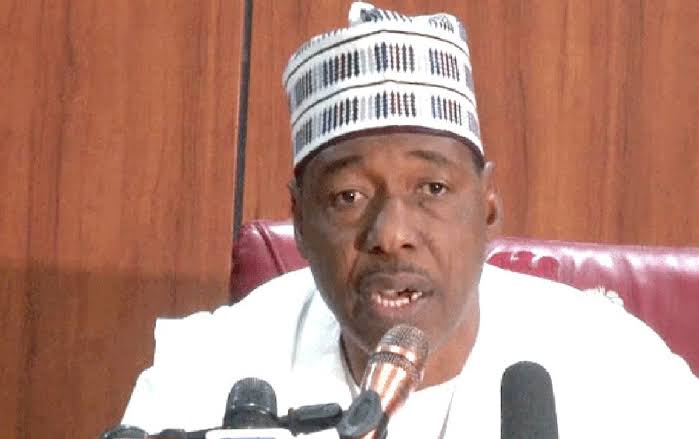 The governor stated this while speaking at the 17th Chief Gani Fawehinmi Annual Lecture organised by the Nigerian Bar Association, Ikeja branch on Friday.

According to him, members of the Boko Haram sect include white men, Asians, Africans, Muslims and Christians.

“I’m from Borno State, and many of our children are in Boko Haram. I’m not denying the fact. But again, they are being sponsored by many people across the world. Among Boko Haram, we have white men, Asians, Africans, Muslims and Christians,” Zulum said.

“We must stop seeing this insurgency as a problem of the North. The distance between Borno State and Lagos State is about 1,700km, but mind you if Borno State is not peaceful, other parts of the nation will never be peaceful. We have to unite and fight these insurgents. We have seen what happened in Libya, Iraq and other countries. Peace building and social cohesion are very important in strengthening the resilience of our communities.

“Unless we get rid of nepotism, tribalism and exploitation of religion, we will not get it right in this country. The constitution is very clear on the need for peaceful coexistence among all of us, which is why the principle of federal character is enshrined in the constitution, but it has been abused.”

Zulum attributed insurgency and banditry in the country to high unemployment rate, poverty, and drug abuse, urging Nigerians to shun nepotism, tribalism and the idea of using religion to cause division.

He added that he replaced his former Head of Service, who was a fellow Muslim, with a Christian, because he prioritised competence above loyalty. He said that was the first time a Christian would occupy the position in the state.

KanyiDaily recalls that Governor Zulum had expressed doubt over the ongoing war against Boko Haram, saying there is no hope that the Nigerian Army can defeat the insurgents.

Anyiego of Amiri: Man dies, resurrects after 24 hours inside mortuary