The Defence Headquarters claims that Boko Haram terrorist group has been ‘weakened’ and no longer have a stronghold in the North-East and other parts of Nigeria. 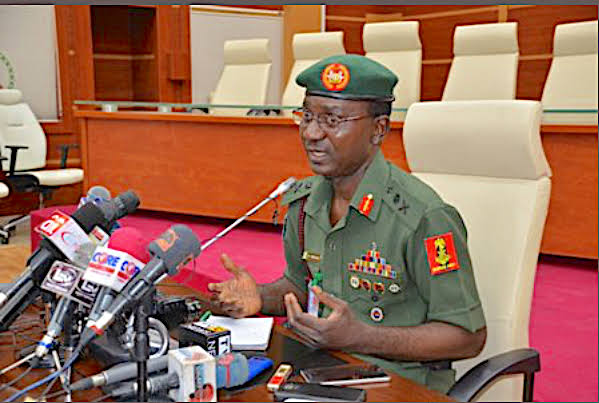 The Coordinator, Defence Media Operations, John Enenche, stated this on the occasion of the 2021 Armed Forces Remembrance Day while featuring on Channels Television’s Politics Today programme.

According to him, the insurgents no longer collect levies and taxes from the people of North-East like it was the situation before May 2015 when President Muhammadu Buhari came into office.

The military spokesman claimed that Buhari’s administration recaptured all the hotbeds of Boko Haram insurgency within a year in power. He said:

“The Commander-In-Chief is right that we now have a weaker Boko Haram. Why is it so? As at 2015 before he came on board, we had a very terrible situation in the North-East whereby between 17 and 21 local governments were under the full authority of the insurgents, that is the Boko Haram group.

“What does that translate to? It translates to the fact that they had constituted authority, local administration, even up to judiciary and they were even collecting levies which we can term taxes. The people were subject to them, they sacked traditional rulers and most of them went into exile.

“So, by 2016, the whole of that place were recaptured and the governments both and the state and the federal levels took authority. In that case, we could say that they had a stronghold and they were in full authority but the situation is not as it were.

“Now, what we have Boko Haram and ISWAP that are weakened enemies of this country. They (terrorists) are moving from bush to bush, from enclave to enclave, and no longer have authority or sovereignty on any territory in the North-East and by extension, Nigeria. And of course, if there is a strong force to be contended with, why don’t they come out? They cannot come out, they keep hiding.”

KanyiDaily recalls that the Nigerian Army and the Presidency had in the past deployed various terms including ‘technically defeated’ to declare victory over the over 10 years Boko Haram war, yet the bloodthirsty terror group continues to strike with daring effrontery and crude savagery.