The Peoples Democratic Party (PDP) has reacted to the defection of Ebonyi State Governor, David Umahi, to the All Progressives Congress (APC). 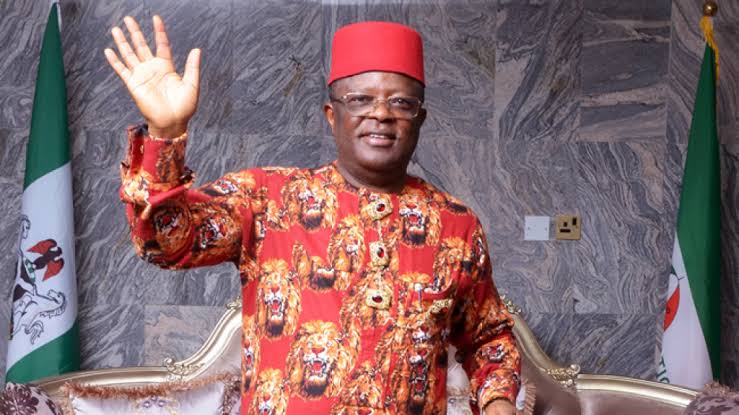 KanyiDaily recalls that Governor Umahi had announced his detection to the APC on Tuesday, November 17, 2020, saying his action was a protest against the “injustice” done to the South-East by the PDP.

Reacting on his Twitter page, the PDP National Publicity Secretary, Kola Ologbondiyan, said Uhami’s defected from the party was due to personal reasons.

Ologbondiyan wished Governor Umahi all the best, adding that Nigerians would soon know at the fullness of time why he defected to the APC.

“The PDP says that the Governor of Ebonyi State, Engr. Dave Umahi left our party for personal reasons, which Nigerians will come to know at the fullness of time.

READ:  Channels TV Journalist, Enenche Akogwu, Who was Murdered by Boko Haram in 2012, Celebrated in Holland

“As we wish Governor Umahi all the best in his adventure, we call on the members of our party to remain calm and committed to the ideals of our party as no individual is bigger than the PDP.”

KanyiDaily recalls that Governor Umahi had told PDP national leaders that he wants to join the ruling APC unless if the opposition party would zone the 2023 presidency to the South-East.

In reaction, the PDP admitted that the concerns raised by Governor Umahi were genuine, but the party does not act on impulse of one or two individuals.

READ:  Northern Youths Accuses Tinubu Of Plotting To Snatch Power From Buhari Before 2023

Umahi Dumps PDP, Says His Defection To APC Is Protest Against Marginalization Of South-East