The Peoples Democratic Party (PDP) has insisted that it cannot be stampeded by any member into taking any decision on zoning of 2023 presidential ticket.

PDP’s National Publicity Secretary, Kola Ologbondiyan, stated this on Monday while reacting to the planned defection of the Ebonyi State Governor, Dave Umahi, to the All progressives Congress (APC).

KanyiDaily recalls that Governor Umahi had reportedly told PDP national leaders that he wants to join the ruling APC unless if the opposition party (PDP) would zone the 2023 presidency to the South-East zone.

Speaking on Arise TV, Ologbondiyan admitted that the concerns raised by Umahi were genuine, but the party does not act on impulse of one or two individuals.

The PDP spokesman also noted that the party has not started discussions on the zoning of candidates in the 2023 presidential election.

“The concerns raised by Governor Umahi as it affects the South-East, the party believes are genuine concerns. And when the time comes and all the variables are considered, and all the issues are taken into consideration, the party will take its decision.

“PDP is not a party that can be stampeded. We are not a party that takes decision on the impulse of one or two individuals; we are a structured political party – we have our various organs and decisions as important as the zoning of the number one office is not a decision that can be taken at a sitting; it is a decision that must be taken round all the interests and the organs of our party. We haven’t even started the discussion, that’s the honest truth.

“But concerns are being raised and the party is also studying all the concerns. I believe all these will come into play when the party wants to make a decision but as we speak, we have not reached that level.”

The PDP spokesman also noted that the party was not bothered about which part of the country the APC wants to zone its ticket for the 2023 presidential election.

Meanwhile, Ohanaeze Ndigbo Youth Council (OYC) Worldwide has urged South-East Governor to join the APC, insisting that Igbos will not support the PDP in the 2023 Presidential Elections. 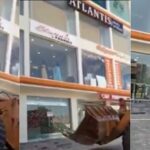 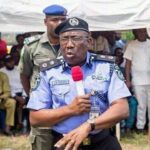