The Edo State Police Commissioner, Johnson Kokumo, has said that police officers will no longer fold their hands and allow criminals to kill them like chickens. 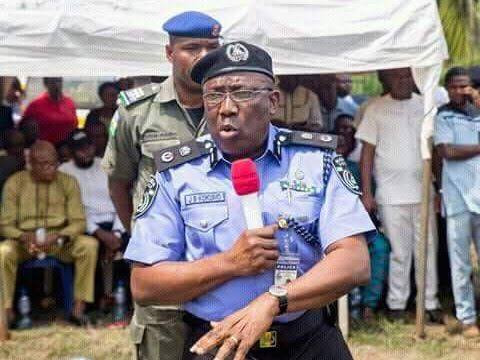 Kokumo stated this on Monday, November 16, 2020, during the inauguration of a vigilante group in Ikopaba-Okha local government area (LGA) of the state.

The Commissioner advised police officers to use their arms professionally if their lives are in danger or defending others whose lives are being threatened, adding “we will have justification to use our arms.”

“It’s our responsibility to sanitise the state and the inspector general of police has gone ahead with confidence building of the police after the #EndSARS,” he said.

“We will keep talking to our officers not to police with bitterness. But never again will it happen for someone carrying a jack-knife to kill a policeman carrying AK-47.

“The police will no longer fold their hands and die like chicken. I want everyone to take the message home to neighbours and their children.

“Police should use their arms professionally if our lives are in danger or defending others whose lives are facing possible death, and we will have justification to use our arms.”

The CP noted that the police have made a good number of arrests in connection with “all manner of crimes in the state”, adding that the operatives will be on a 24-hour joint patrol with other security agencies in the local government areas.

KanyiDaily recalls that the Inspector-General of Police, Mohammed Adamu had also adviced officers to protect themselves against attacks, saying they had the right if their lives are threatened.

Umahi: We Are Working To Get More South-East Governors Join APC ― Hope Uzodinma