The Federal Government has approved the request of the Senator representing Anambra South Senatorial District, Ifeanyi Ubah to reconstruct some federal roads within his senatorial district. 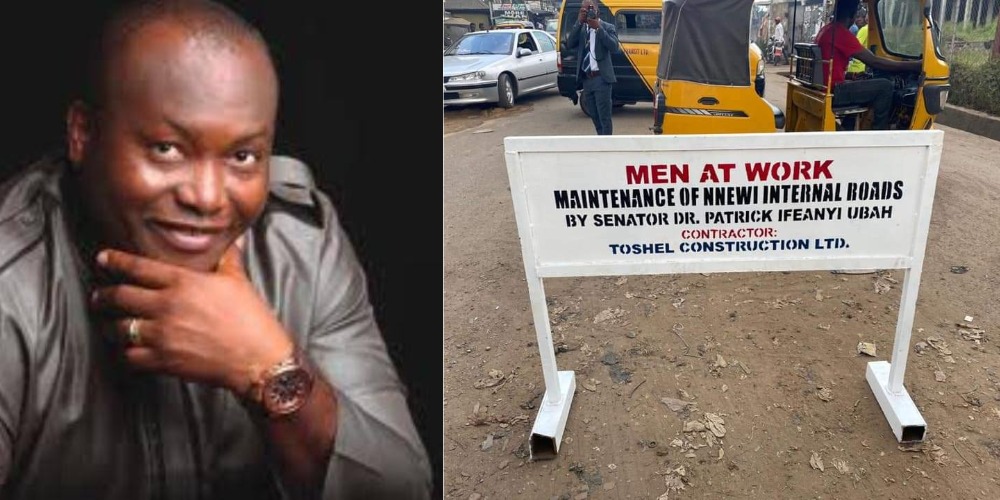 The approval was contained in a letter the Federal Controller of Works in Anambra, Mr. Adeyemo Ajani addressed to Toshel Construction Company (TCC), the construction firm handling the project on Friday.

The Federal Ministry of Works & Housing had in a letter issued a stop-work order on the construction firm the senator engaged to undertake the reconstruction of some federal roads in Anambra South senatorial district.

Since the order was issued on November 4, the construction company had stopped construction work on old Oba-Nnewi-Ozubulu-Okija road, insisting that permission was not sought before the commencement of work.

In his response to the order, Ubah had accused the state government of thwarting his efforts to provide roads for his constituents.

In its letter dated November 13, the federal government apologised for stopping the construction previously, blaming it on poor communication between the parties.

The letter read in part: “The initial letter was written as a result of non-communication between the contractor and the office of the controller of works in Awka, in line with the consultation with our head office and Senator Ifeanyi Ubah, you may wish to continue with the palliative works.”

The letter, however, urged the senator “to ensure that all necessary safety and traffic control measures are followed, and not to obstruct drainage structures with construction materials, while following the standard specification of the ministry.” 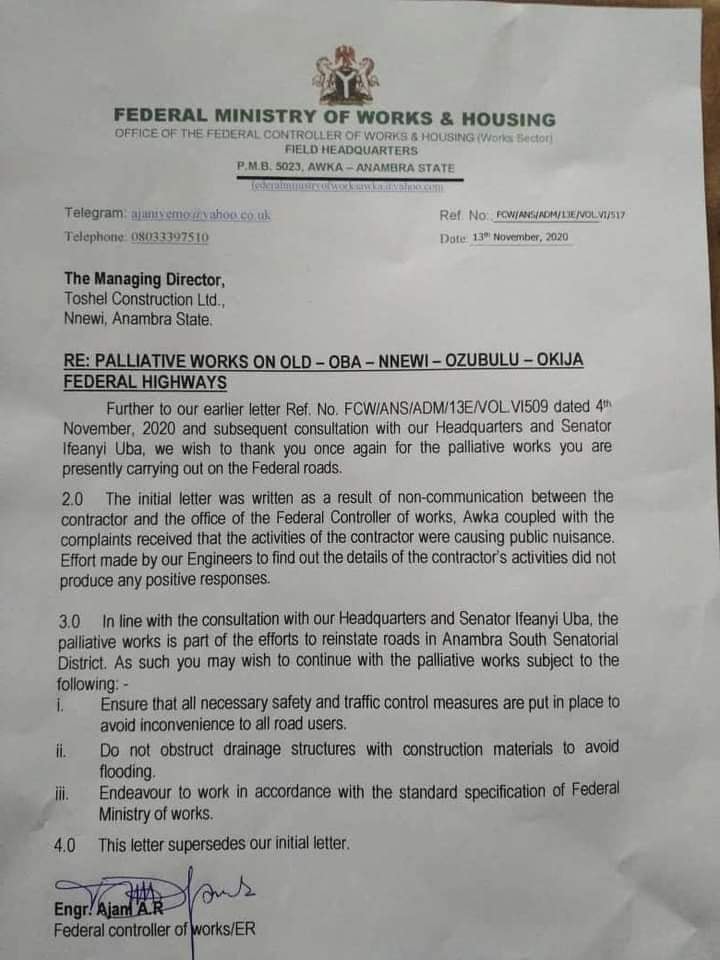 Ubah who spoke about the receipt of the latter said. “I have officially re-commenced palliative repairs and internal maintenance of federal roads in Anambra South Senatorial District in view of the fast approaching yuletide season.

“Presently, all relevant ministries and authorities have been notified about our road repair projects and due approvals have been obtained to mobilize our contractors back to the project sites as opposed to the sinister agenda and antics of state agents who tried to truncate/stop the ongoing federal roads rehabilitation for selfish political gains.

“In line with my campaign promises, I wish to reassure my constituents of my resolve to run an all inclusive and equitable road rehabilitation process which will ensure that an internal federal road maintenance project is executed in every Local Government within my Senatorial District; Anambra South.”

READ:  JAMB Announces 160 As Cut-Off Mark For Admission Into Nigerian Universities, 120 For Polytechnics

Peru President, Manuel Merino Resigns Over Killing Of 2 Protesters After 5 Days In Power