Popular Nigerian singer, Wizkid has revealed that he was also a victim of police brutality in the past and that was the reason he gave his backing to #EndSARS protesters who demonstrated against the Nigeria Police Force.

Wizkid, who was very vocal during the #EndSARS protests, disclosed this during an interview on Capital Xtra’s The Norte Show over the weekend.

According to the singer, he would be a coward if he didn’t speak against the various times police officers intimidated and brutalized him in the past, before he became a star.

“Police brutality is a serious situation back home in Nigeria. It has been 60 years of political injustice, nepotism, madness and corruption at the highest level.

READ:  Naira Marley In For More Trouble As EFCC Finds Stolen UK, US Banks' Credit Card Info On His Laptop

“It is sad that my son is about to be 10 years old and Nigeria is still going through all these madness. If I didn’t speak up or use my voice, then I would be a coward.

“I will continue to speak about things that affect people in their daily lives. I had been a victim of police brutality before I became popular and I know it still goes on. That needs to end. We deserve good governance in Nigeria,” Wizkid said.

KanyiDaily recalls that Wizkid had also revealed why he became a voice for the #EndSARS protest against the extrajudicial activities of the now-defunct Special Anti-Robbery Squad (SARS). 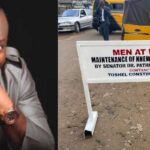 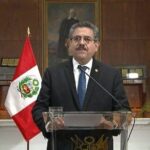