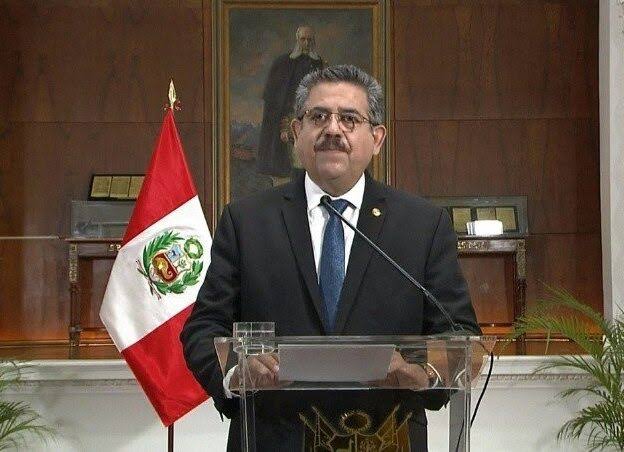 Peruvians have been protesting in the streets since former President, Martín Vizcarra, stepped down from his position last week once the country’s Congress voted to impeach him.

The Peruvian Congress voted 105-19 to remove Vizcarra from office, contending he mismanaged the country’s coronavirus cases and accepted bribes from companies who received government contracts.

Vizcarra, who had since denied the allegations of corruption, was replaced on Monday by Merino who called for peace in his speech and said he would work for a smooth transition to his successor.

Tens of thousands of demonstrators – many of them young – have since taken to the streets in days of protests against Merino, accuse the congress of staging a parliamentary coup against Vizcarra who has enjoyed continued support among many voters for his attempts at reform.

Saturday’s protests in Lima were largely peaceful but clashes broke out towards the evening between police and protesters.

Police reportedly fired tear gas and shotgun pellets to repel demonstrators, some of whom had thrown fireworks and stones.

Two protesters in their 20s were killed and at least 112 people were injured, some after inhaling tear gas, and 41 were still missing, a spokesperson from Peru’s Ministry of Health told ABC News.

On Sunday, November 15, 2020, Congress president, Luis Valdez said all of the country’s political parties had agreed Merino should resign. If he declined, Valdez said, lawmakers would launch impeachment proceedings.

“I want to let the whole country know that I’m resigning,” Merino said in a televised address, insisting that he acted within the law when he was sworn into office as chief of state on Tuesday, following congress’s removal of the elected president in an impeachment vote.

News of the resignation was followed immediately by the sound of honking car horns, pot banging and cheers in neighbourhoods across the Peruvian capital.

READ:  Man Who Spent Over N1.7 Million For Son’s Birthday Begs For Financial Help After Being Arrested [Photos]

Peru’s congress is expected to appoint a new head of state as lawmakers met Sunday to discuss a successor to Mr. Merino, who took office on Tuesday and had no vice president.

It is unclear who will take over the presidency, however protesters and some politicians had demanded that it be one of the 19 lawmakers in the 130-member congress that had voted against ousting Mr. Merino’s predecessor.

KanyiDaily had also reported how former Peruvian President, Alan García, died after shooting himself as police arrived at his home to arrest him over bribery allegations. 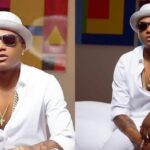 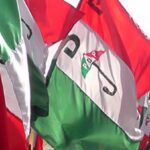