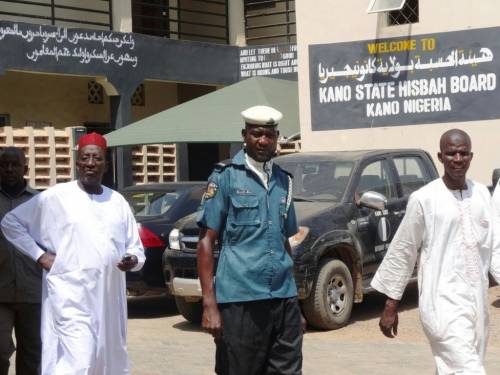 “Black Friday” is a term used worldwide over the years for promotional sales where goods are sold at discounted prices in order to attract wider patronage.

However, in a letter signed by Principal Executive Officer II, Abubakar Ali, on behalf of the Commander-General, Hisbah warned Cool FM to stop using the term ‘Black Friday’ with immediate effect.

The Sharia Police stated that majority of Kano residents were Muslims and consider Friday a holy day, hence, tagging it as ‘black’ is derogatory and would not be condoned.

“I am directed to write and notify you that the office is in receipt of complaint for the conduct of Black Friday sales on 27th November, 2020 instant.

“Accordingly, we wish to express on the tagging of the Friday as ‘Black Friday’ and further inform you that the majority of the inhabitants of Kano State are Muslims that consider Friday as holy day.

“In view of the forgoing, you are requested to stop calling the day as Black Friday with immediate effect and note that Hisbah corps will be around for surveillance purposes with a view to stopping immoral activities at the event as well as maintain peace, harmony and stability in the state,” the letter reads. 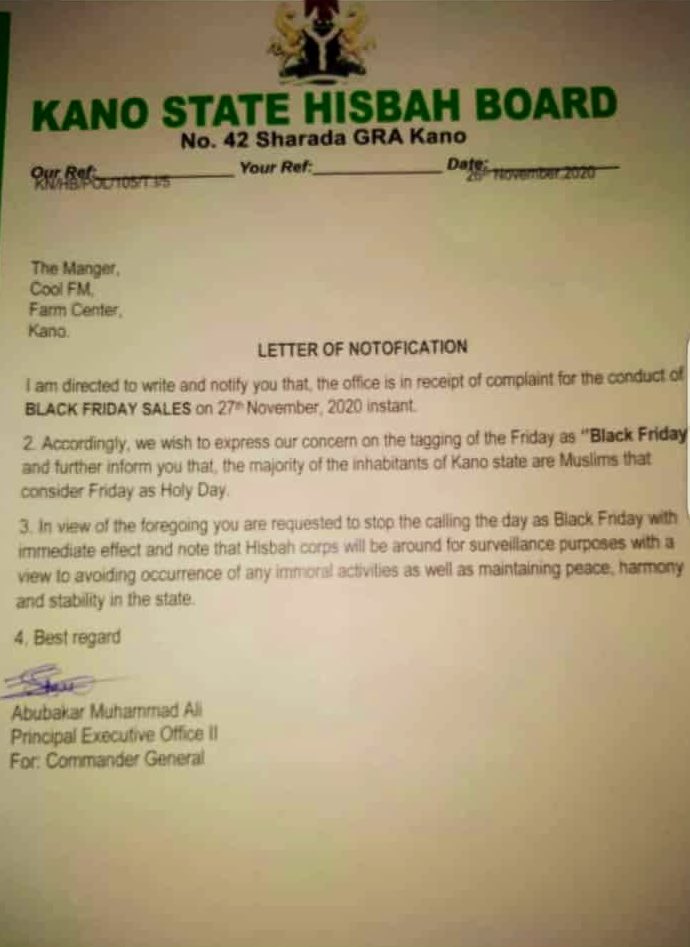 KanyiDaily had also repoted how Hisbah police has destroyed 1,975,000 bottles of different beer worth over N200 million in Kano State. 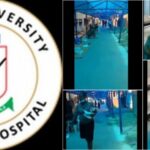 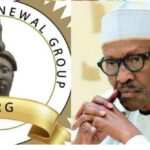