The Chief Medical Director (CMD) of Lagos University Teaching Hospital (LUTH), Idi-Araba, Prof. Chris Bode, has revealed why some nursing mothers with their newborns were evacuated to a corridor at the hospital.

KanyiDaily had published a viral video showing an aggrieved woman lamenting that new babies and their mums were sent out of the wards and forced to sleep on the bare floor, outside the walk way of the hospital without proper care and attention.

The aggrieved lady, who decried the inhuman treatment melted on nursing mothers, called on the Lagos State Government and the Federal Government to look into the matter and come to the aid of the patients.

However, reacting to the incident, the Medical Director of the hospital said the video is a total misrepresentation of the event that happened yesterday.

According to Bode, the hospital had some challenges with the place where mothers stay, so they had to be evacuate in order to create more space for them.

“The attention of LUTH management has been drawn to a video posted online by a lady to malign our hospital. The video is a total misrepresentation of the event that happened yesterday.

“This video was posted by a social media-obsessed individual who hid her face.

“Yesterday, November 25, 2020, we had some challenges with the place where mothers stay. This place also houses a Crèche illegally attached to it. We needed to evacuate the Crèche to create more space for mothers to stay. Our neonatologists have even syndicated some money to improve and expand the place for the comfort of mothers.

READ:  Police Speak On Death Of Nigerian Man Who Was Murdered In Lagos After Returning From US

“There was a challenge during the evacuation of the Crèche; the attention of LUTH management was called to this. The Chairman, Medical Advisory Committee (CMAC), Head of Neonatology Unit and her team members went immediately to the place to clarify issues.

“The Creche was evacuated and the mothers were left in the building,” he said.

Bode said the lady who posted the video and other mothers were aware of the efforts of the management and it was therefore a surprise to see the video online.

He said the people the lady captured in her video had nothing to do with the event she reported and she was aware that the issue was well managed by LUTH management within 15 minutes.

The paediatric surgeon said it was unfortunate that an individual would go this extent, taking advantage of the unmitigated freedom afforded the social media to smear the LUTH name even though her baby was successfully treated till the time of discharge in the same hospital.

Meanwhile, it was learnt that when newsmen visited LUTH, yesterday, there was no sign of people sleeping on the wide corridor with blue polycarbonate roof shown in the video.

KanyiDaily had also reported how LUTH sent a man named Emmanuel Benson away from the government-owned hospital after he tested positive for coronavirus. 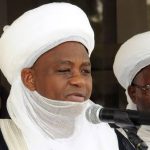 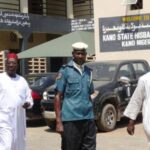