A former Chairman of the defunct Pension Reformed Taskforce Team, Abdulrasheed Maina has collapsed at the resumption of his N2bn money laundering trial at the Federal High Court in Abuja. 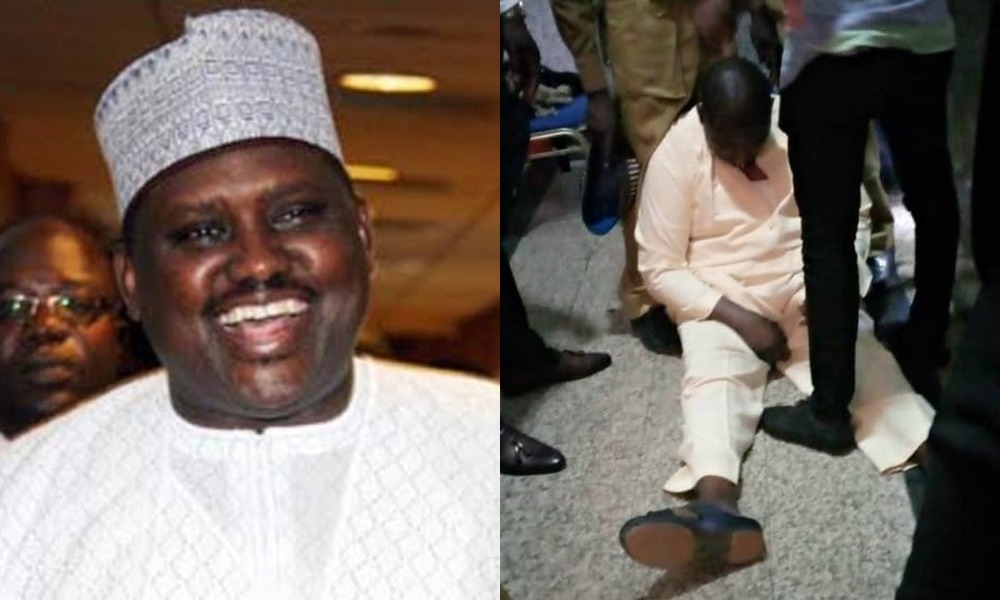 Maina, who sat in the dock, collapsed on his seat at exactly 10:05 am on Thursday when his lawyer, Anayo Adibe was making submissions before Justice Okon Abang handling his trial.

Adibe was briefing Justice Abang that his team had yet to receive the records of proceedings requested from the court’s registry when a loud thud of Maina’s fall drew attention to the dock.

The incident happened shortly after the court resumed proceedings in the 12-count charge the Economic and Financial Crimes Commission (EFCC) preferred against him and his firm, Common Input Property and Investment Limited.

Prison officials immediately rushed to him to attend to him. Justice Abang said the court would rise for about five minutes, Punch reports.

Justice Okon Abang, after waiting for about 30 minutes, resumed the proceedings and adjourned the case till December 21 and 22.

This is coming one week after Maina, who had been on the run, was extradited back to the country to face trial after he was arrested in Niger Republic by men of the Nigeria Police Force and other security operatives.