A 71-year-old medical doctor has been arrested for sneaking into a hospital to ‘illegally’ collect blood sample of Don Davis Archibong, an 11-year-old pupil of Deeper Life High School in who was allegedly molested in the school. 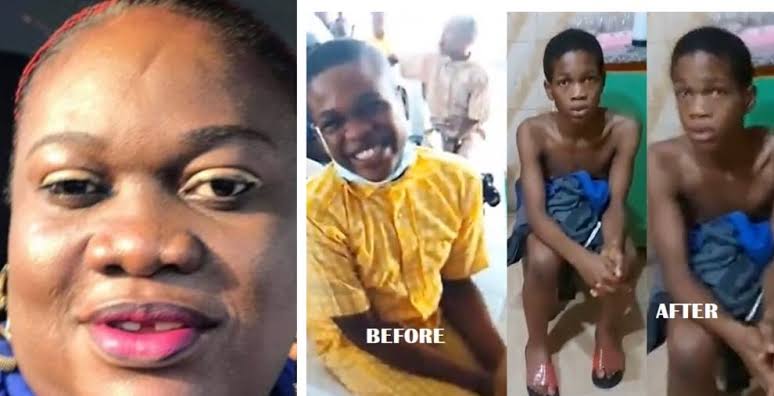 In a video on her Facebook page on Wednesday, the boy’s mother, Deborah Okezie, revealed that a 71-year-old doctor visited the hospital where Don Davis was receiving treatment with a masked face and took her son’s blood sample under the pretense that he came to help a colleague.

READ:  The Demons of President Goodluck Jonathan - By Sonala Olumhense

Mrs Okezie said the doctor, who had been arrested and is currently in police custody, was the same person who took her son’s blood sample when he gained admission into the school.

She alleged that the doctor was working with Deeper Life while calling on Nigerians to help her unearth why he took her son’s blood sample after the suspended school principal claimed that her son had HIV when he gained admission.

“Ndidi and the rest of them are saying my son is HIV positive, they are claiming he came to the school with a lot of drugs. This was after they sent their doctor to St. Athanasius hospital, the first hospital where we took my son for treatment,” she said.

“Their doctor, a 71-year-old man, masked up and was taking blood samples. I just said I know you; you were the same person that tested my son when he first came to the school and he said yes, that he was there to support a colleague. What sort of support is that? He is in police custody now.”

Mrs Okezie also said another teacher in the school claimed that immediately Don Davis was admitted into the school, other children started falling ill.

“Thank God I have the video of the boy when he just got into school. I took Don Davis to Deeper Life High School on the 8th of October, after two days, his father called me to go back to the school and take his son’s picture. He wanted to see what the boy looked like in uniform. When I got there, it was even the same Akpan that helped me take that picture; I didn’t know God allowed that to happen for a day like this.”

The boy’s mother who, showed the name of the hospital where the 71-year-old doctor allegedly works, also emphasised she was not against the church but was desperate to get justice for her son.

READ:  I Will Open 'Horrible Can Of Worms’ That Will Make People Stone Oshiomhole – APC Chieftain