Ugandan Government on Tuesday shut down all social media ahead of the country’s presidential election scheduled for January 14, 2021. 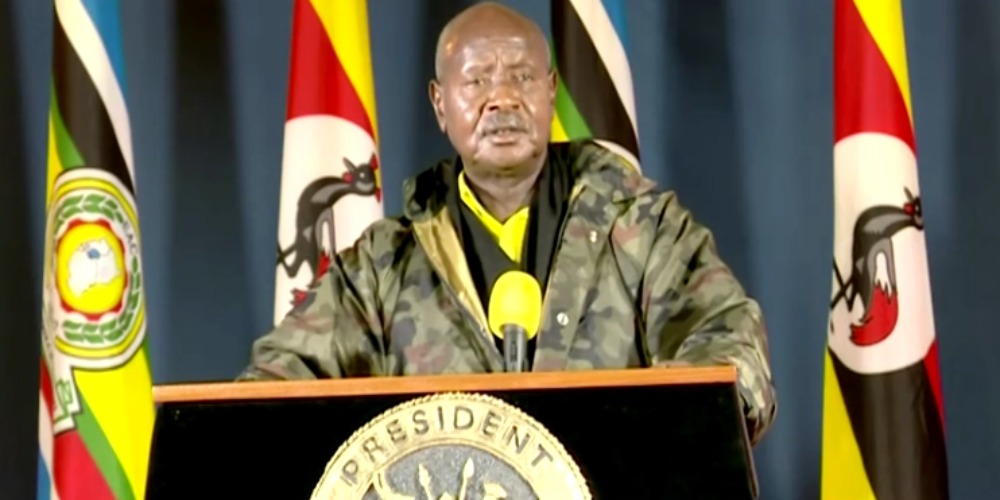 The move is said to be in retaliation to the deletion of government officials’ accounts on Facebook and Instagram by the social media gaint.

“Uganda Communications Commission hereby directs you to immediately suspend any access and use, direct or otherwise, of all social media platforms and online messaging applications over your network until further notice,” the letter reads.

Ugandan President, Yoweri Museveni, apologized for the inconvenience caused by the ban, but said the country had no choice after Facebook removed several accounts tied to his re-election campaign.

Facebook said on Monday it had taken down a network linked to Uganda’s ministry of information for using fake and duplicate accounts to post ahead of this week’s election.

“This month, we removed a network of accounts and pages in Uganda that engaged in CIB (Coordinated Inauthentic Behaviour) to target public debate ahead of the election,” he said.

“They used fake and duplicate accounts to manage pages, comment on other people’s content, impersonate users, re-share posts in groups to make them appear more popular that they were.

“Given the impending election in Uganda, we moved quickly to investigate and take down this network,” Facebook said.

READ:  Miyetti Allah: Our Congress Will Sit To Decide Between Obi, Tinubu, Atiku For 2023 Presidency

Addressing the Facebook ban in a national address on Tuesday night, the 76-year-old Ugandan President accused the social media gaint of arrogance and taking sides in the upcoming presidential election on Thursday.

“That social channel you are talking about, if it is going to operate in Uganda, it should be used equitably by everybody who wants to use it. If you want to take sides against the (ruling party), then that group will not operate in Uganda,” Museveni said.

Museveni, dressed in a military jacket, said he was “sure the government has closed social media” and apologized to Ugandans for what he called an inconvenience.

“This is unfortunate but it is unavoidable. We cannot tolerate this arrogance of anybody coming to decide for us who is good and who is bad. We cannot accept that,” Museveni said.

In response to the conduct by @Twitter and @Facebook' s decision to suspend and block government leaning user accounts, the President of Uganda @KagutaMuseveni said that there is no way anybody should come and decide for our country. @OfwonoOpondo pic.twitter.com/MFPqqj7Rba

Facebook didn’t immediately respond to the president’s comments on Tuesday but Twitter, which also appeared to be affected ban, blasted the move.

“We strongly condemn internet shutdowns – they are hugely harmful, violate basic human rights and the principles of the #OpenInternet,” it said in a statement.

“Access to information and freedom of expression, including the public conversation on Twitter, is never more important than during democratic processes, particularly elections.”

Earlier this week, in close coordination with our peers, we suspended a number of accounts targeting the election in Uganda.

If we can attribute any of this activity to state-backed actors, we will disclose to our archive of information operations:https://t.co/GB71n4avwm

KanyiDaily recalls that US President, Donald Trump, was recently suspended from Twitter permanently after he was accused of inciting violence at the Capitol Hill.