Bandits, who kidnapped the 39 students of Federal College of Forestry Mechanisation, Afaka Kaduna, have released another video showing the remaining 29 students and other victims in their captivity.

In the video which was recorded in the night, one of the bandits ordered the victims to speak to their relations to pay ransom for their release.

A female student who was the first to speak, begged parents to pay the bandits so that they would be freed.

“Our parents we are begging you in the name of God to look for money and free us. Please do your best”, she said in Hausa language.

Another student who gave his name as Yahaya Paul, also pleaded with parents to help them out of captivity, saying they are facing hunger while many of them are sick.

“Some of us are sick. We have not been eating well. Please parents help us so that we will come out of this place”, he said.

Benson Emmanuel, one of the students who featured in the first video begged the parents to come to their rescue, saying they are tired of living in the forest.

Another student identified by the bandit as Hajiya, said almost all the students were sick.

“We have spent 47 days here. Almost all of us are not well. There is no food. Rain is beating us outside, no room for us to sleep.

Another student, Vicky Sani also begged parents to assist in securing their freedom.

A wife of a Naval Officer abducted in Trikaniya area of Kaduna metropolis, also called on her husband to come and pay money for her release.

The woman who said her husband was serving with the Nigerian Navy in Warri, urged her husband to pay the bandits for her release.

“I was abducted at home in Trikaniya, Kaduna. My husband is a Naval Officer working in Warri, (Delta state).

“I am calling on my husband to come and get me out from this situation. I have been here for 17 days.

“Initially all of us were asked to bring N30m, I don’t know what was later agreed upon”, she said.

“We are appealing to the federal government to come and rescue us… The government should help us”, the woman said.

It was however not clear whether she was referring to the remaining 29 Afaka students or others she was kidnapped with 11 days ago when she said, “they had agreed In N30million for our release.”

READ:  Father Chains His Daughter For 2 Years Because She Rejected Forced Marriage In Kano [Video]

KanyiDaily had reported how the 39 students were abducted from their college dormitories on March 11, 2021, but 10 of the students – seven male and three females – were released the next week following the payment of N17 million. 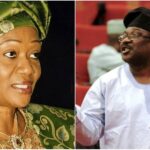 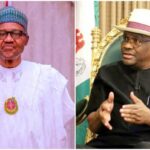