A 62-year-old retired teacher, Seth Kwadwo Dese, has been arrested for continually having sex with his 17-year-old daughter for two years in Ghana.

According to Ghanaian Times, the suspect who is a father of eight, has confessed to maintaining a sexual relationship with his girl over the past two years to prevent her from ‘sleeping’ with other men.

In his statement, Dese disclosed that apart from having sex with the girl frequently, he often fondled her breast, inserted his fingers into her private part and performed oral sex on her, to make her feel pampered and loved.

Assistant Superintendent of Police (ASP) Faustina Awumey, Volta Regional Coordinator of DOVSSU, who disclosed these to newsmen, said that the victim is a 17-year-old Junior High School student.

According to her, the girl initially lived with her mother at Kpetoe but moved to Ho to live with her father, in 2019 where they both lived in a single room.

ASP Awumey added that the victim slept on the floor, but the suspect later persuaded her to join him in bed at night, which marked the beginning of her ordeal.

The man sexually abused his teenage daughter many times and warned her never to tell anyone about it until December, last year when she started rejecting her father’s sexual advances.

The suspect became angry with his daughter and ordered her to pack her belongings and leave the room for daring to deny him sex.

The victim reported the matter to the Domestic Violence and Victim Support Unit (DOVVSU) in Ho, and her father was arrested

Interestingly, after his arrest, he pleaded with the Ghanaian Times reporter not to publish the story because he is a politician and cares about his reputation.

“I am a politician and once you carry the story in your paper, my reputation will be destroyed forever”, the teary suspect pleaded.

KanyiDaioy had also reported how a 42-year-old man with 17 children was arrested for impregnating his 16-year-old daughter and taking her to a quack medical practitioner for abortion. 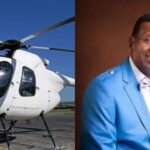