A 22-year-old man, Isaac Larbi, who was arrested for allegedly stealing a motorbike, has also confessed to the police how he murdered his wife, Akosua Abigail, and threw her body away in the Eastern region of Ghana.

Larbi was arrested for motorbike theft, but he was so generous that he ended up giving the police extra unsolicited information about how he killed his wife three weeks ago.

The police said the suspect confessed that he had a misunderstanding with his 20-year-old wife and he killed her in the process and dumped her corpse without anybody knowing.

“He confessed to the Police that he killed his wife after a misunderstanding ensued between them and he has dumped the body somewhere near a refuse dump three weeks before his arrest,” Police Public Relations Officer for the Eastern Region, Francis Gomado told Accra-based JoyNews.

READ:  Ondo Pastor Who Assembled Half-Naked Women To Pray For Him, Has Been Arrested By DSS

According to him, Abigail’s ghost kept haunting him, leaving him restless, so he decided to confess the crime to the law enforcers, in addition to the latest one for which he was arrested.

Francis Gomado said Mr. Larbi’s confession has led them to retrieve the body of Akosua Abigail which has since been deposited at the morgue pending autopsy.

“Police upon this confession took the suspect to Onakwase confirm the story. The suspect took the police to where he dumped his late wife and the body has since been deposited at the police hospital mortuary for preservation awaiting autopsy,” the police boss said.

KanyiDaily had reported how a pregnant woman claimed she saw her late father’s ghost ‘mysterious kissing her unborn daughter’ in her ultrasound scan. 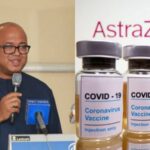 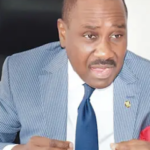