Laetitia Naankang Dagan, an Assistant Director attached to the State Housen in Abuja, has been killed by yet-to-be-identified assailants.

Dagan was said to have been assassinated in her apartment in Galadimawa, Abuja, on Monday evening shortly after she returned from work.

She was said to have left her office in the Presidential Villa, Abuja, about 8 pm while the incident reportedly happened about 11 pm.

Arabi was further quoted as telling her parents during a condolence visit that “the Police will fish out the killers of Laetitia and the law will take its course.”

This is coming barely 24 hours after Tony Iwelu was electrocuted to death by a shower rose in his hotel room in Kaduna State.

Tony Iwelu was the Chief Security Officer (CSO) to the Minister for Transportation, Rotimi Amaechi. 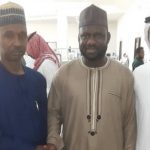 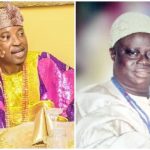