YouTube has suspended the account of a Nigerian televangelist, Prophet Temitope Balogun Joshua, popularly known as TB Joshua, which has 1.8 million subscribers over allegations of hate speech against gay people. 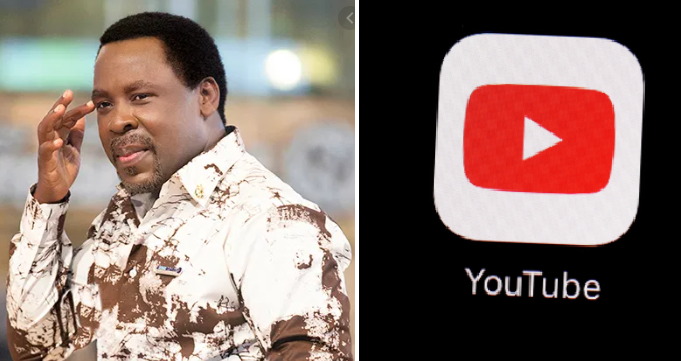 Prophet TB Joshua, the General Overseer of the Synagogue Church Of All Nations (SCOAN), was suspended by YouTube for ‘casting out homosexuality’ from his church members.

According to BBC, UK-based rights body, openDemocracy filed a complaint after reviewing seven videos posted on TB Joshua Ministries’ YouTube channel between 2016 and 2020, which show the preacher conducting prayers to “cure” gay people.

A YouTube spokesperson told openDemocracy that the channel had been closed because its policy “prohibits content which alleges that someone is mentally ill, diseased, or inferior because of their membership in a protected group including sexual orientation”.

One of the videos that has landed TB Joshua’s YouTube channel in this trouble is an update of a 2018 prayer session involving a woman called Okoye.

READ:  Nigerian Lady Dies After Her Madam Pushed Her Off 6th Floor In Dubai [Video]

The video shows TB Joshua slapping and pushing the woman and another unnamed woman at least 16 times as part of the exorcism.

“There is a spirit disturbing you. She has transplanted herself into you. It is the spirit of woman,” the video shows TB Joshua saying to Okoye.

The video which was viewed more than 1.5 million before the YouTube channel was taken down, later shows her testifying before the congregation that “the spirit of woman” had been destroying her life but she had been healed after the preacher’s prayers.

She declared that right after the exorcism, she had stopped having “affection” to women and “now I have affections for men”.

Facebook has also removed at least one of the offending posts showing a woman being slapped while TB Joshua says he is casting out a “demonic spirit”.

TB Joshua Ministries has reacted to the sanction on its Facebook page, saying: “We have had a long and fruitful relationship with YouTube and believe this decision was made in haste.”

KanyiDaily recalls that Prophet TB Joshua had recently shared photos and video of himself praying and fasting on a mountain for coronavirus disease to end. 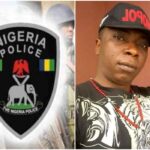