An 8-year-old girl identified as Mary has been rescued from being killed after a pastor accused her of making her father blind in Akwa Ibom State. 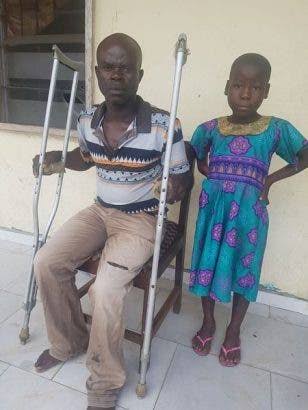 Mary was rescued by Pastor Okon John, a volunteer with the Child’s Rehabilitation Network (CRARN) in Eket, after another cleric said she was the the cause of her father’s blindness.

Recounting her ordeal to a CRARN personnel, the little girl said her father allegedly assaulted her with sticks and machetes on the instruction of their pastor.

“My father used to beat me with sticks and machetes with the help of my elder brother, Faith (aka AY); because our Bishop said I was the cause of his blindness. He pressed my neck on the ground asking me to confess or he’d kill me,she said.

According to CRARN, Mary was already sobbing her eyes out and waiting for the day some hoodlums would come and take her to the forest where she will never return, or the night some witch killers will come and slaughter her.

“I heard stories of children taken to the forest and they’ll never return back because they’re ‘witches’ and ‘wizards’; and stories of ruffians who came and picked children, even elderly people in the night and killed them, and I thought of where my two brothers were, with no answers coming up. I also thought and pray of how I can escape,” the girl said.

She was however rescued by Pastor Okon John who learned of her ordeals.

Pastor John hired a tricycle who drove him and Mary about 55 KM to the CRARN Children Centre, Ikot Afaha, Eket, Akwa Ibom State where she joined her two brothers, Elijah and Robinson and other children. 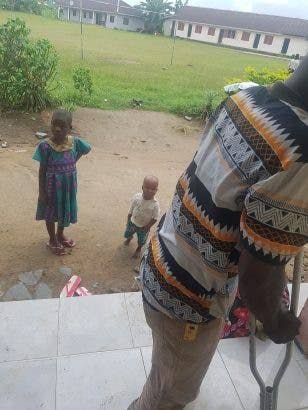 KanyiDaily had also reported how an Akwa Ibom woman allegedly starved and tortured her 13-year-old daughter after a pastor claimed she was possessed by demons.

Bandits Going From House To House In Niger Abducting Residents