A young lady identified as @charah_xx on Twitter has accused the health workers in Beachland Specialist Hospital Arepo, Ogun State, of killing her friend, Imolara Omoyajuwolo, due to alleged medical negligence and mismanagement. 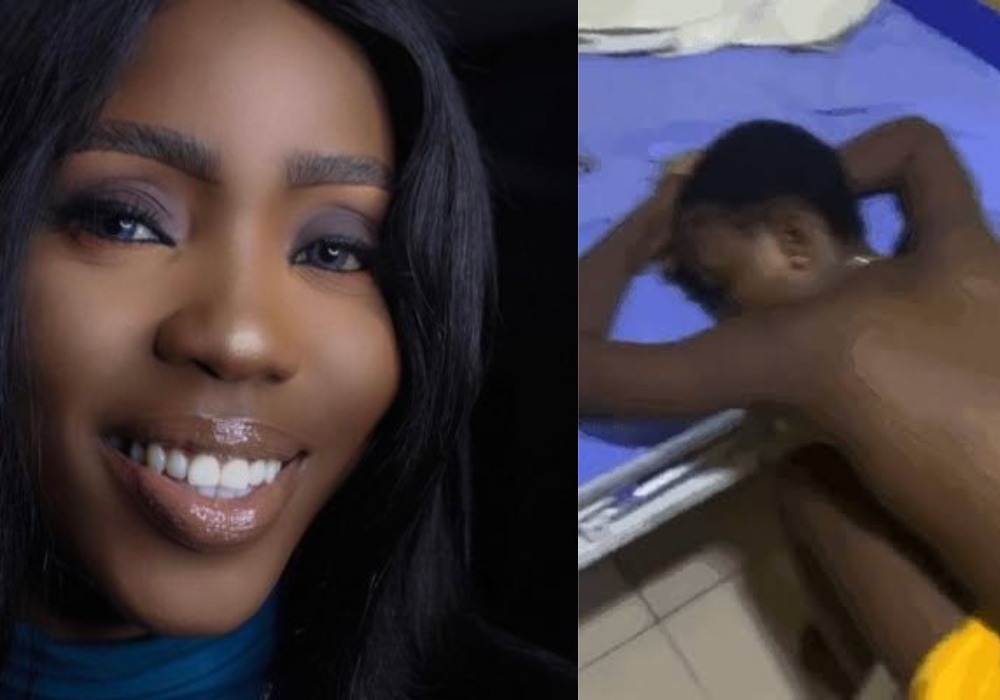 Using the hashtag #JusticeforOmolara, the young lady narrated how Omolara, a call centre agent with the Lagos State Emergency Management Agency (LASEMA), checked herself into a the hospital over a chest pain condition diagnosed as peptic ulcer.

Omolara’s friend said the doctors and nurses on duty treated her with little or no medical support until the last hour when she could barely breathe and was referred to another hospital where she died before she could arrive.

My friend Lara feeling some type of way (ulcer attack as she claimed in her status) she went to the hospital,tested + also to malaria (according to her) & was given some injections… and then she went back home….Thread #JusticeForOmolara #reformthehealthsysteminnigeria pic.twitter.com/H0x2l6YJLg

She wrote: “My friend Lara feeling some type of way (ulcer attack as she claimed in her status) she went to the hospital,tested + also to malaria (according to her) & was given some injections… and then she went back home.

I got to Lara’s place at past 10. She had tried to eat and vomited, she was sweating profusely. I started to clean, she vomited again. I went to her neighbor so we could go back to the hospital since she wasn’t getting better, she was breathing hard too.

We got to Beachland Hosp. AREPO and she saw the same doctor that attended to her initially, I excused them but I heard him say “I’ll have to admit you” I dashed back to her to pick stuff that she’d be needing. Before I got back she had been taken to the wards.

I met a nurse there giving her some injections through her hands (the way they give drips) Lara was so uncomfortable, she kept on insisting that she couldn’t lie down cos she’s not breathing well. “How am I supposed to sleep when I’m not breathing well?”

After a while they left, they put a device on her thumb and asked me to be monitoring it and call for attention once it reads 90. She wasn’t getting any better rather she was getting worse, I went to complain, a nurse came again n gave her another injection

Lara after the injections (I was told she’d sleep off and I should keep checking the device on her thumb) pic.twitter.com/NtQvzodXvr

The device later stopped working, I detected the battery was low, I didn’t meet any nurse on her wards floor, I went to the floor before hers and complained,I started to look for the doctor. when I got back to the ward Lara had already sat where I was, she couldn’t really talk.

Somehow, Lara lost consciousness, another doctor came in and said she (the new doctor) didn’t know it was this kind of case (meaning it’s critical) and then asked that she’s placed on oxygen, there was reluctance to get that oxygen. #JusticeForOmolara pic.twitter.com/NTixkVV3gr

Somehow, Lara lost consciousness, another doctor came in and said she (the new doctor) didn’t know it was this kind of case (meaning it’s critical) and then asked that she’s placed on oxygen, there was reluctance to get that oxygen.

I made efforts myself at some point I went to the emergency room to get the oxygen myself, I almost lifted it alone before one of the nurses came to give me aid and eventually another collected it from me, she was placed on oxygen.

They asked me questions about her health history. How would you admit a patient without asking her those things initially? She has a card that shows she has been using that hospital since 2019…
I called her siblings (they both don’t live in Lagos/Ogun). Lara was an orphan.

Lara doesn’t smoke, she doesn’t have Asthma, she only had episodes of chest pain alongside her back (that aggravates from the ulcer attack) the only thing I know is her chest pain from aggravated ulcer after her back) fast forward to almost 1am, they said they need to refer her.

They said I need to get someone to come n pick us up, as their ambulance is not available till later that morning. I said I’ll wait coz of it was already midnight. They said the oxygen they have can’t last up to 3 hours(they started touching the cylinder to demonstrate emptiness)

They declared her bp low and hurried me again, I immediately started to call for help, I made a tweet to call for help (that I later deleted after I found someone)phone calls and all. took her phone and took numbers from it. It’s already around 2:30am.

Mind you, I tried to reach out to people at her workplace (Lara worked at LASEMA as a call center representative, yes! 112 emergency. She picked calls and recorded cases) they were scared that the ambulance wouldn’t be able to come over, since it’s not on their call record.

I approached the first doctor that attended to her as he was writing the referral letter and tried to ask somethings he didn’t respond n he said I should allow him focus on the referral note (he wrote it more than once,he was being careful I guess)

I thought they would let us go with the oxygen, a nurse only brought it to the car door and put it in her nostrils for a while, I even thought she was gonna go with us. They left us and told Lara’s neighbor to move with the “highest speed”

They placed her head on my laps and asked me to raise my laps, the windows were wind down as they advised, When we got to LASUTH, the doctors at the medical emergency announced Lara dead and they filled a form ‘BID’ (Brought in dead) Lara died! She died on my laps and in my arms

Lara’s health was obviously mismanaged. Lara doesn’t joke with her health, she went to the hospital herself, It’s a pity it had to be Lara my friend, Lara could be me tomorrow, Lara could be you.

The health system needs a reform. Health mismanagement and negligence of the health workers in beachland specialist hospital Arepo killed my friend Omolara Omoyajuwolo. There was no ambulance, there was no supporting oxygen, there was no nurse. ���� #JusticeForOmolara #reformthehealthsysteminnigeria”

KanyiDaily recalls that the Premier Specialist Medical Centre in Lagos, has also been accused of negligence leading to the untimely death of award-winning founder and CEO of I Luv Desserts, Mrs. Peju Ugboma.