Imo State Governor, Hope Uzodinma says that the murder of Ahmed Gulak, a former aide of ex-president Goodluck Jonathan, was a “clear case of political assassination”. 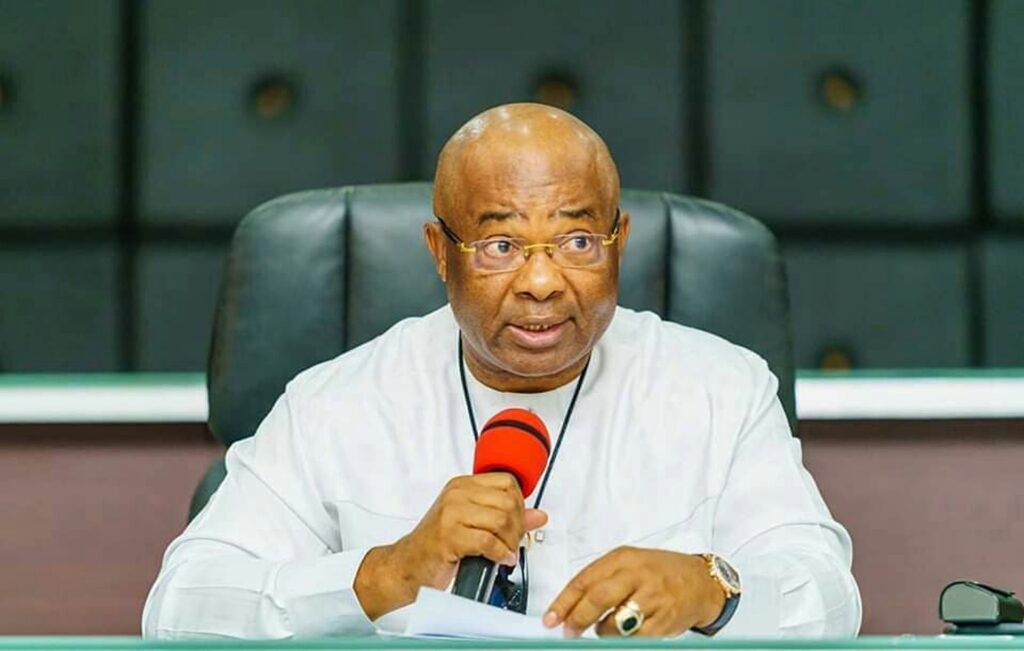 Reacting during a press conference on Monday, Governor Uzodinma expressed deep sadness over the occurrence, adding that the late Gulak was a close friend.

“It is with a very heavy heart that I address you today. The pain of losing a person or loved one, the horror of holding your family member in his or her final moments, the anger of someone being so reckless, so thoughtless that their bullet destroyed your life, are emotions no individual should ever have to endure.

“I sympathize with the families of those who lost their lives through stray bullets during thi s period. As you know, the death of anyone diminishes mankind. But the brutal and callous assassination of Alhaji Ahmed Gulak yesterday, Sunday, May 30th, 2021 on his way to the Sam Mbakwe Cargo Airport, is painful because he did not deserve to die that way.

READ:  We Will Not Present Certificate Of Return To Okorocha, INEC Insists

“The death of this compatriot is a personal loss to me because he was an invaluable friend and brother whose sense of justice, fairness and uprightness endeared him to me.

“Alhaji Ahmed Gulak was in Imo State for a national assignment. He came to Owerri with the Senate Committee on Constitutional Amendment.

“Being a humble man, he chose to travel incognito according to his friend who was with him. Someone must have trailed him from the hotel to the airport. That is exactly why his gruesome murder appears to be a clear case of political assassination.

“According to reports by the police, he was shot in cold blood and the assailants did not remove a pin from him. It is most benumbing that people chose to waste such an innocent blood in such a dastardly and cowardly manner.”

Uzodinma, who vowed that those responsible for Gulak’s death will definitely be brought to book, also revealed that his convoy was never attacked.

“Finally, let me also clarify the story trending on the social media platforms, that my convoy was attacked, my convoy was never attacked. That is the wish of those who murdered Gulak,” he said.

Buhari Has Done So Much, His Achievements Will Last For Many Generations – Lai Mohammed