The Peoples Democratic Party (PDP) has asked the presidential candidate of the ruling All Progressives Congress (APC), Bola Tinubu to withdraw from the 2023 race over an alleged forfeiture of $460,000 to the United States government. 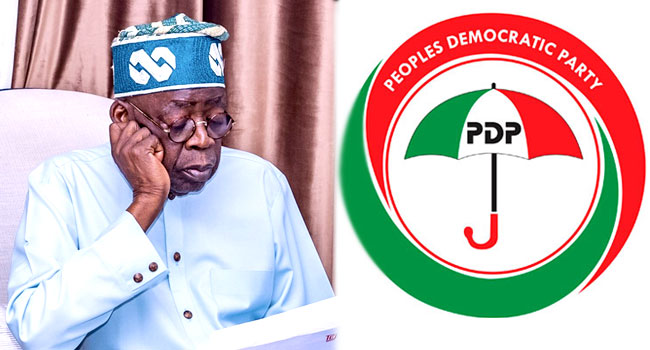 KanyiDaily recalls that the US District Court for the Northern District of Illinois had recently released fresh documents indicting Tinubu in drugs trafficking and money laundering in Chicago.

According to court documents, the former Lagos governor and two others named K.O. Tinubu and Alhaji Mogati were involved in banking proceeds of illicit drugs and money laundering with Heritage Bank and Citibank.

The certified true copies of a settlement order issued by the US court show that Tinubu was asked to keep the money in the Heritage Bank account, while the $460,000 in the Citibank account was forfeited.

Speaking on the development, the spokesperson of the APC presidential campaign council, Festus Keyamo claimed that the $460,000 forfeited by Tinubu to the US government were tax deductions, not proceeds of illicit drugs.

Keyamo explained that Tinubu deposited some funds in bank accounts in the US as investments, noting that the banks were supposed to deduct taxes from the investments, but they did not and this was not a “deliberate act” on the part of Tinubu.

Reacting in a statement on Sunday, the PDP spokesman, Debo Ologunagba criticized Tinubu over the forfeited funds, adding that the APC flagbearer must withdraw from the presidential race and apologize to Nigerians

The PDP said it was considering legal options to compel the Independent National Electoral Commission (INEC) to enforce the ruling of the US Court, indicting Tinubu of drug-related offences.

According to the PDP, Section 137 of the 1999 Constitution barred Tinubu from contesting next year’s presidential election because he has been indicted for drug-related offences and Nigeria is signatory to international conventions on drugs and money laundering.

The statement reads, “Despite the unrelenting attacks by the All Progressives Congress (APC) as witnessed in our Presidential Campaign rallies in Kaduna and Borno States, our Party has remained undeterred in the bid to rescue our nation from the suffocating misrule of the APC.

“It is no longer news that the Presidential Candidate of the APC, Asiwaju Bola Ahmed Tinubu is irredeemably and hopelessly ineligible to contest the February 2023 Presidential election having been reportedly indicted and subjected to criminal forfeiture judgement for a narcotic related offence by a United States Court in Northern Illinois.

“Nigerians are however appalled by the lame attempt by the APC Presidential Campaign which, after admitting that there was a $460,000 drug money criminal forfeiture judgment against accounts traced to the APC Presidential Candidate, is now desperately trying to pull a wool over the eyes of the Nigerians people and our democracy institutions.

“Seeing that it is technically out of the Presidential contest and further distraught because it cannot also field candidates at all levels in the 2023 general elections due to its illegal and unconstitutional congresses, the APC has resorted to unleashing hoodlums to attack PDP Presidential Campaign rallies and other innocent Nigerians going about their legitimate endeavors as witnessed in Kaduna and Borno States, in a bid to trigger crisis and scuttle the elections.

“There are already apprehensions in the public space of unrefuted allegations that the APC is behind the orchestrated attacks on the Independent National Electoral Commission (INEC) offices in Ogun and Osun States.

“The plan of the APC is to instill fear in the citizenry, disorganize and weaken other political parties, frighten, hamstring and immobilize INEC from conducting the 2023 general elections.

“The APC must note that its schemes, denials, threats and resort to violence cannot help Asiwaju Tinubu. By the provision of Section 137 (1) (d) of the Constitution of the Federal Republic of Nigeria 1999 (as amended) Asiwaju Tinubu is not eligible to contest the Presidential election in Nigeria.

“Section 137 (1) (d) of the 1999 Constitution (as amended) provides that:(1) A person shall not be qualified for election to the office of President if:

“For clarity, forfeiture means “something to which the right is lost as for commission of a crime or misdeed, neglect of duty, or violation of a contract”

“It is instructive to note that trafficking in narcotic is an international crime to which all nations are obliged and mandated to apprehend, prosecute and enforce any judgment or Court Order imposed on offender. Nigeria being a signatory to international convention on trafficking in narcotic is obliged to enforce any Order or judgement imposed on any offender by a competent court ANYWHERE in the world.

READ:  "The World May End Before Next RCCG Convention" - Pastor Adeboye Warns

“Having been sentenced and fined by way of criminal forfeiture of $460,000 drug money in a criminal suit filed pursuant to the United States Criminal Code, Asiwaju Tinubu cannot by virtue of Section 137 (1)(d) of the Constitution of the Federal Republic of Nigeria 1999 (as amended) seek office as President of Nigeria.

“Nigerians now know that the APC Presidential Campaign announcement that its Presidential Candidate will not participate in media debates is to prevent Nigerians from seeking answers from Asiwaju Tinubu with respect the criminal forfeiture judgement as well as other burning issues to which Nigerians are entitled to know.

“Of course, our nation cannot afford the embarrassment, shame, national indignity and stigma associated with narcotic all over the world especially in the exalted office of the President of the Federal Republic of Nigeria.

“Nigeria cannot handle the massive negative collateral damage such will have on our national image, economy as well as on the businesses and legitimate endeavors of hardworking Nigerians.

“The PDP therefore reminds Nigerians that any vote for the APC at the Presidential, Governorship, National and State Assembly elections are wasted votes that will not count at the end of the day.

“The PDP calls on INEC not to succumb to the blackmail of the APC but to be focused and carry out its duties in accordance with the Constitution and the Electoral Act so as the engender confidence in the citizens with respect to the integrity of those seeking public office in our country.

“Our Party appreciates the solidarity and support being shown by Nigerians across board to our Presidential Candidate, Atiku Abubakar, his running mate, Sen. Dr. Ifeanyi Okowa and other candidates of the PDP in the mission to Rescue, Rebuild and Redirect our nation from the misrule of the APC.” 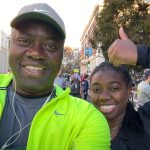 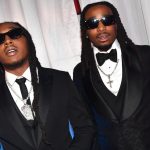