Quavo, a member of the hip-hop trio, Migos, has penned down an emotional tribute to his nephew and bandmate, Takeoff, who was recently killed at a bowling alley in Texas, United States. 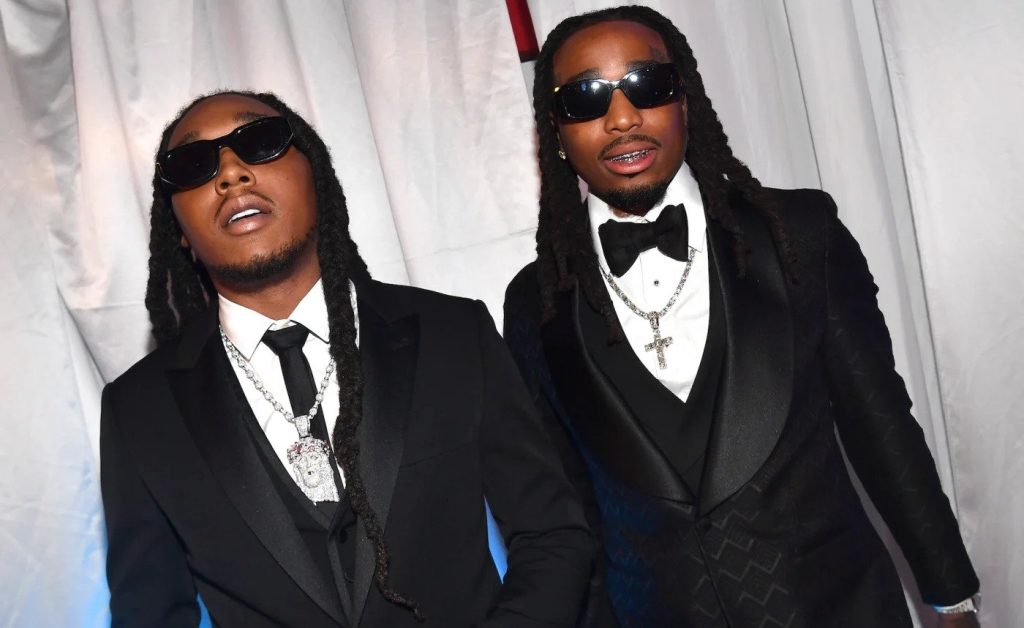 KanyiDaily had reported how Takeoff, 28, was shot dead in front of Quavo on November 1, 2022, when a fight broke out during a game of dice at a private party in downtown Houston.

After the memorial service on Friday, Quavo took to his Instagram page on Sunday and issued a heartfelt statement to honor his close friend, recalling his childhood memories with Takeoff, such as their shared love of professional wrestling and their early ventures into music.

READ:  Meet All The 21 Housemates Of 2019 Big Brother Naija As Show Kicks Off [Photos/Video]

The 32-year-old wrote: “Dear Take, It’s so hard to tell you Ima miss you because you always with me and we did everything together. Since we were kids you been by my side looking up at me, them eyes waiting on me to make the next move…then you followed up right behind me.

You always made sure I did it first so you can do it right with me. You never competed with me, we were always on the same team. You hated playing against me because I was always playing too hard or too ruff then I can hear my mama say, “sonnnn not too ruff” cuz I didn’t like to lose!

Remember, our first dream was to be tag team partners in WWE. We fell in love with WWF wrestling…man we had every action figure. Thought we was gonna be pro wrestlers cuz the way he imitated all the wrestlers so good and if you know Take, his imitation skills are to the T…he could imitate anybody just ask Danny and P.

Super quiet though, quietest in the room but paid attention to everything going on in the room, always been like that!!! Nothing ever really bothered take and he didn’t bother anybody. He the most unbothered person in the world. He never got mad, he never raised his voice, and when he did, he silenced the room because what Take said was law and he wasn’t changing his mind fa na, not even Unc could, you just gotta let em cool off for bout 30mins.

But by far the funniest person in the room. Once you got him goin he wouldn’t stop.

And last but not least he took time with everything. We called it the “Takeoff Time.” Whenever we would be running late to shows he would always say “God will get us there on time.” Some shows God did, some shows we were late. Point is he trusted God though.

Throughout this whole time he had a REAL passion for music it was HIS dream to become a rapper cuz I didn’t kno what I wanted to do. I tried everything, all the sports. After every game I would come home and he would just sit there playing the game with the controller in his hand looking, and look at my face and he could tell we lost another game. So sports wasn’t his thing cuz he saw me lose all the time. This is how I knew he was gonna be a rapper. Growing up he knew every song off the Hot Boyz album, every lyric word for word and he was cursing up a storm. Mama heard him rapping, took the CD and said that music was too grown for us…until we won the Boys and Girls Club talent show together performing “Get Ya Roll On” by Big Timers, it was all good then.

So it’s safe to say we had something going then. It came easy to us when it came to style and swag. We were always looking like somebody cuz our momma dressed us like rappers or grown men as u can see in the pictures! Our clothes were huge but we had the look!!!

Then he created his triplet flow and the rest was HISTORY. He never worried about titles, credit, or what man got the most shine, that wasn’t him. He didn’t care about none of that as long as we brought it back home to the family!

The whole time I’ve been trying to figure what you really are to me because nephew wasn’t it. We hated that word “nephew” or when they said “Unc and Phew” cuz we always knew we were way closer than that and it made me feel old too. But I knew you weren’t my brother cuz you are my sister’s son, so I couldn’t say brother. Now I finally get it…you are OUR angel watching me and watching us this whole time in living form making sure EVERYONE FELT UR LOVE AND HUGS while u here and u made our dreams come true. Whenever u spoke it, it manifested it when u said “God gonna do it,” he did it.

I’m just proud be in your life. I’m proud to be ya UNCLE. I’m proud we saw the world and done things we couldn’t ever imagine together. We laughed way more than we ever argued and when we did I always was in the wrong every time…I guess mama made that rule too!

“Always been, ain’t nun gonna change. Me and u knew we gon always be with each other for life and just like now we gon see each other again. I love you with all my heart. I’ll never leave you I guess God jus ain’t need my help. So can you ask Him for me what I gotta do to be with you again!!! In a place where there’s no pain, no demons, no jealousy, no envy, no greed. Whatever we have to do God to be at that place of paradise send us the tools now cuz we wanna be with Take. Love you nephew!”

READ:  Another Actress, Nkechi Blessing Strips Off Her Top For Mc Galaxy Live On IG [Video]

Takeoff’s death comes barely one month after legendary American rapper, Coolio, was found dead on the bathroom floor of a friend’s house in Los Angeles. 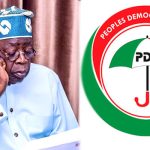 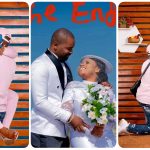