Former United States President, Donald Trump has praised President Muhammadu Buhari for banning Twitter operations in Nigeria, noting that he should have done the same thing. 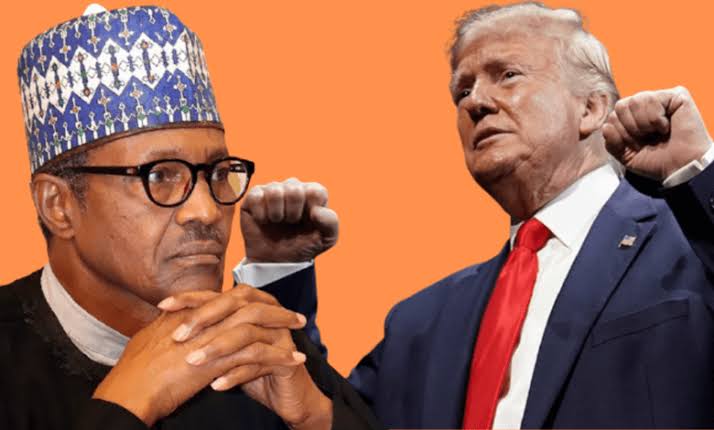 Reacting in a statement on Tuesday, Trump said “congratulations” to Nigeria for banning Twitter, adding that, “more COUNTRIES should ban Twitter and Facebook for not allowing free and open speech.”

“Congratulations to the country of Nigeria, who just banned Twitter because they banned their President,” Trump said in an emailed statement.

“More COUNTRIES should ban Twitter and Facebook for not allowing free and open speech—all voices should be heard.

“In the meantime,” the former president continued, “competitors will emerge and take hold. Who are they to dictate good and evil if they themselves are evil?

“Perhaps I should have done it while I was President. But [Facebook founder Mark] Zuckerberg kept calling me and coming to the White House for dinner telling me how great I was. 2024?” 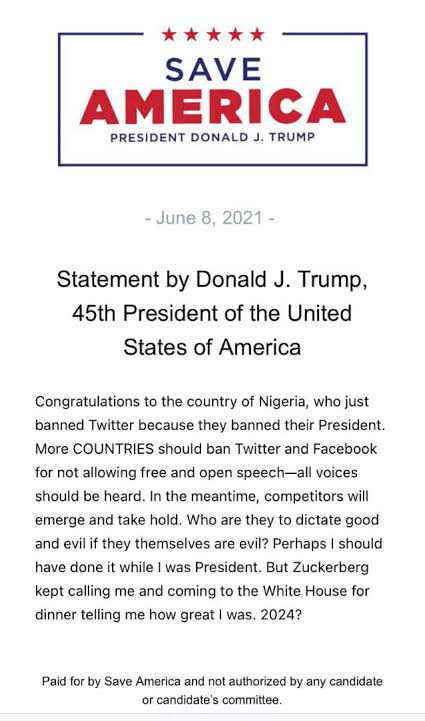 KanyiDaily recalls that Twitter had also suspended Donald Trump earlier this year when he was still the US President, over alleged incitement of violence.

READ:  Governor Sanwo-Olu Announces Relaxation Of Curfew From 8am To 6pm In Lagos State