The Economic and Financial Crimes Commission (EFCC) has replied a man identified as Suleiman Usman Chakams who begged them for money , saying ‘he don’t want to be a bad boy’.

Suleiman had taken to his Facebook page and asked the anti-graft agency to help him with capital to start a business as he doesn’t intend to be a bad boy.

It was learnt that the young man had asked for the capital in response to a post by EFCC, where it asked for an open interaction with Nigerians on Facebook.

He wrote; ”Dear EFCC, kindly help me with capital I want to start business, I didn’t intend to be a bad boy that’s why I am asking for this favor”.

In a swift response, EFCC asked Suleiman to join in its fight against economic and financial crimes so that unemployment would no longer be an issue for Nigerian youths.

”The mandate of the EFCC is to fight economic and financial crimes. When you join in this fight, then the issue of unemployment would be a thing of the past; and Nigeria would be a better place for us all,” the agency wrote.

See the exchange below:

KanyiDaily recalls that the EFCC had addressed reports that it promised a financial reward for anyone with information that could lead to the arrest of internet fraudsters, popularly known as Yahoo Boys. 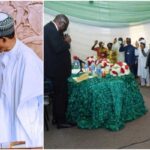 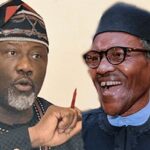