A Nigerian man is seeking for advice on how to convince his wife, who is the mother of his two children, to divorce him so that he would marry a younger lady that he loves. 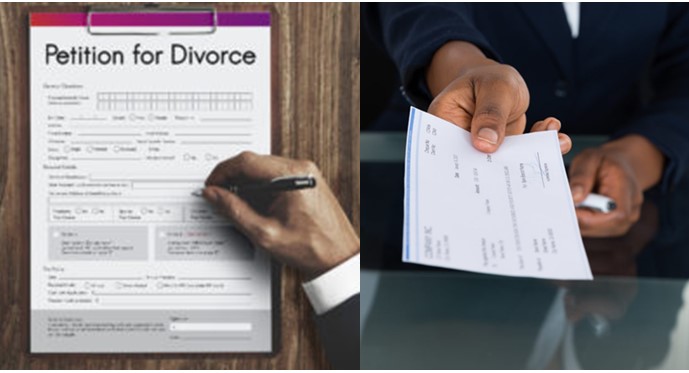 In a post shared on his social media page, the 38-year-old man said he married his 33-year-old wife out of pity because she stood by him when he had nothing six years ago.

The man said that after he made money, he began cheating indiscriminately which he rubbed in her face but she still refused to leave him despite knowing that he doesn’t love her.

In his quest for love, the man said he finally fell in love with a lady in her 20s and his wife is aware of his sexual affair with the young lady but she never complaines.

However, the young lady has rejected his marriage proposal, saying she would not want to be a second wife and the only way she would marry him is if he divorces his first wife.

The man is seeking for advice on how to deal with the pressing marital issue because his wife rejected the N50 million he offered her to divorce him, and insisted that she doesn’t mind being the second wife. 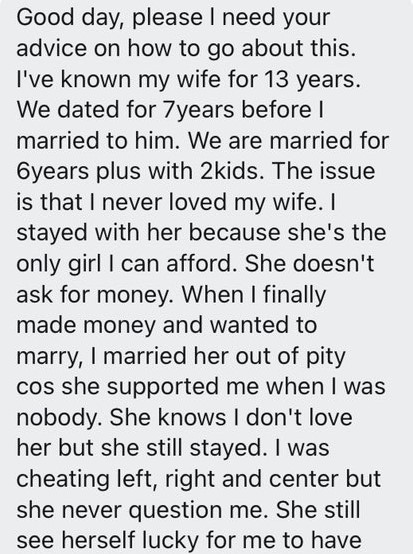 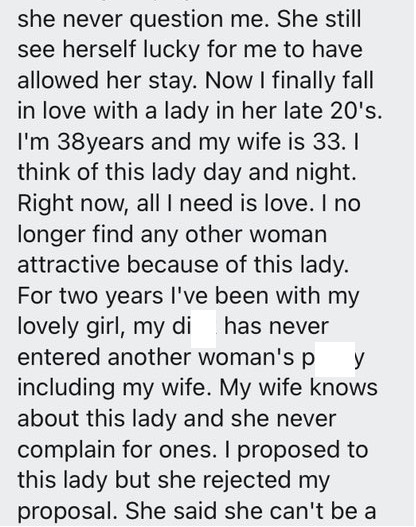 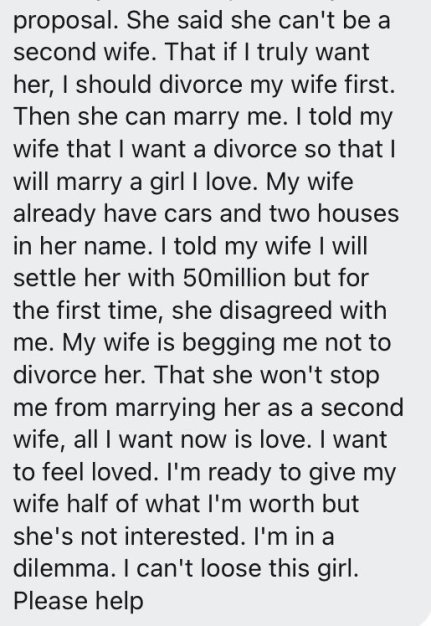 KanyiDaily had also reported how a Nigerian woman visited her elder sister for almost six months and returned home with two-month-old pregnancy.

READ:  Adamawa Court Sentences Farmer To Death For Killing Herdsman In Self Defence 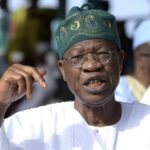 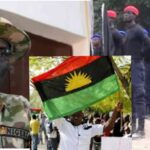