Nigerian artiste, Speed Darlington has taken to social media to speak against the constant sit-at-home order issued by the Indigenous People of Biafra (IPOB). 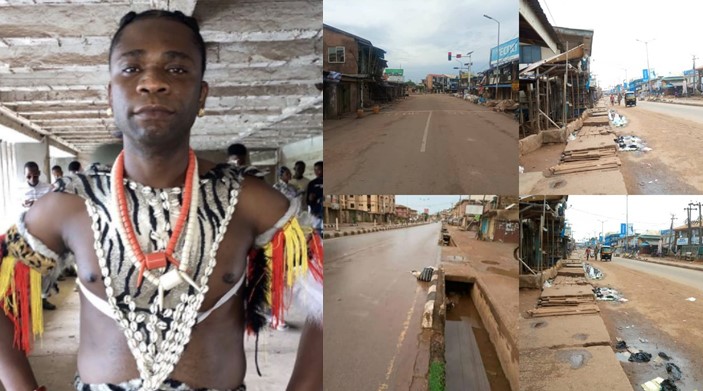 KanyiDaily recalls that since the detention of its leader, Nnamdi Kanu, IPOB had constantly ordered sit-at-home which was observed in all states in the South-East, despite the exercise being called by the IPOB leader.

In a video shared on his Instagram page, Speed Darlington lamented that the IPOB’s regular sit-at-home is ruining the economy in the South-East region.

He said, ”Nigeria’s economy is bad. When you do sit-at-home it makes the economy even worse. Monday, sit-at-home.Today Sit-At-Home. In two days it would be a Sunday…another shop closing making it three times within seven days. one dollar eequals N530.

We say the economy is bad. Imagine when we are busy sitting at home. How are we going to make money? When people come out they get shot at, people get their hands cut off, cars get burnt. Insecurity has ruined Eastern region. Economy is in shambles. ‘

Speed Darlington condemned IPOB’s moves to make everyone in the region a hero in its struggle for secession.

READ:  I Would Rather Die Fighting Against Bad Leadership In Nigeria - Rapper Falz

KanyiDaily recalls that last month, IPOB had threatened to deal with anyone who is caught enforcing Monday sit-at-home order in the South-East.