Nollywood actor, Ugezu Jideofor has reacted to the leaked sex tape of popular singer, Tiwa Savage, with her boyfriend. 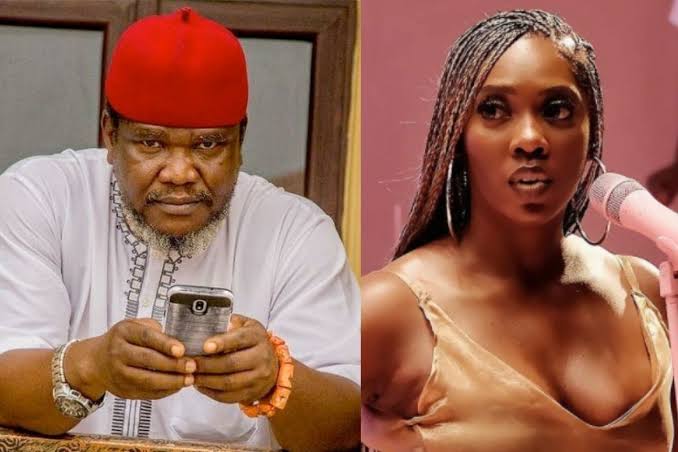 In a post shared on his Instagram page, Ugezu Jideofor said that people who do worst in their secret places are now claiming saints, and judging Tiwa Savage because of her leaked tape.

The actor noted that the mother-of-one made a mistake over the sex tape, but he advised her to stay strong and expect greater days ahead.

He wrote, “From the metaphysical garden where I am the priest, I rise to minister to you directly.

“From the deepest part of my heart, I say, stay strong. What you made was a mistake, possibly triggered from dimensions completely unknown to us.

“We live in a world where people who have never judged themselves, are judging others, from positions of ignorance. Always, their judgments are flawed on the altar of objectivism.

“People who, in their secret places, do worse than the travesty that got circulated of you, are now claiming saints. I urge you again, stay strong and realize there are too many saints online.

“We vehemently attack your mistake. We cannot attack your personality for we all are fallible mortals, and errors can set in. Specifically, we believe that dry bones will rise again.

“Those who feel they have brought you down will ultimately realise, disappointingly, that they have watered your garden.”

Nollywood actress, Sonia Ogiri had criticized Tiwa Savage for recording sex videos with her boyfriend, saying she did not expect such behavior from a role model like her whom many young girls are looking up to.