Maxwell Odum, the founder and Chief Executive Officer (CEO) of a forex trading company, MBA Capital and Training Limited, has been declared wanted by the Economic and Financial Crimes Commission (EFCC) over N213 billion fraud. 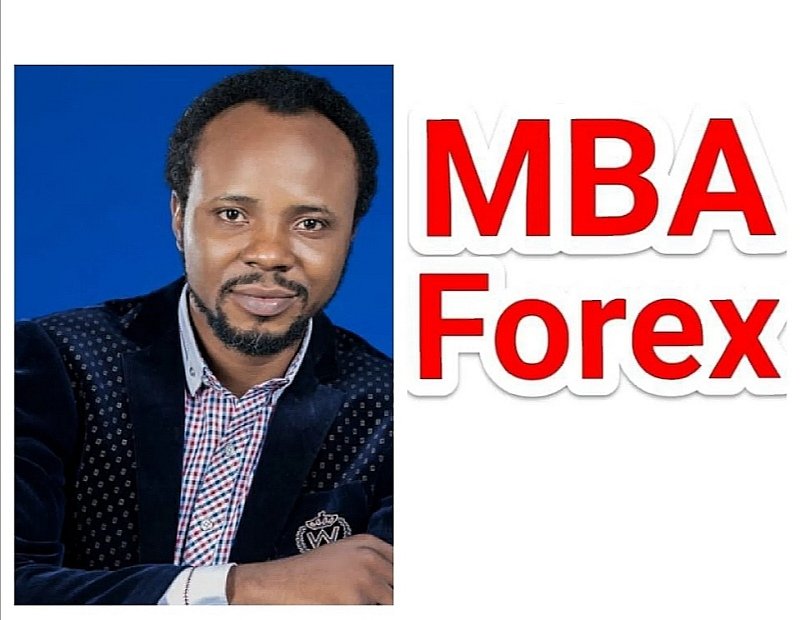 KanyiDaily recalls that four months ago, MBA forex investors had staged a protest at the EFCC headquarters in Abuja over the inability of Maxwell Odum to refund their “unpaid dividends and capital”.

The victims were demanding the arrest and prosecution of Odum over allegations of fraud with his company, which is said to have had its headquarters at Port Harcourt, the Rivers capital.

They maintained that a formal petition has been submitted to the Zonal office of the commission in Portharcourt Rivers State and vowed to mobilize all investors across the country to occupy the EFCC offices nationwide.

The victims of MBA forex also accused the EFCC of conniving with the company, threatening to mobilize other investors across the country to shut down the headquarters of the commission if they fail to arrest him.

The anti-graft agency in a statement by its spokesman, Wilson Uwujaren, declared Odum wanted for conspiracy, obtaining money by false pretense, and money laundering to the tune of N213 billion.

The statement reads, “The General Public is hereby notified that MAXWELL CHIZI ODUM, A.K.A. MBA TRADING AND CAPITAL INVESTMENT LIMITED, whose photograph appears above, is wanted by the Economic and Financial Crimes Commission (EFCC) in an alleged case of Conspiracy, Obtaining Money by False Pretence and Money Laundering to the tune of N213,000,000,000.00 (Two Hundred and Thirteen Billion Naira) only. 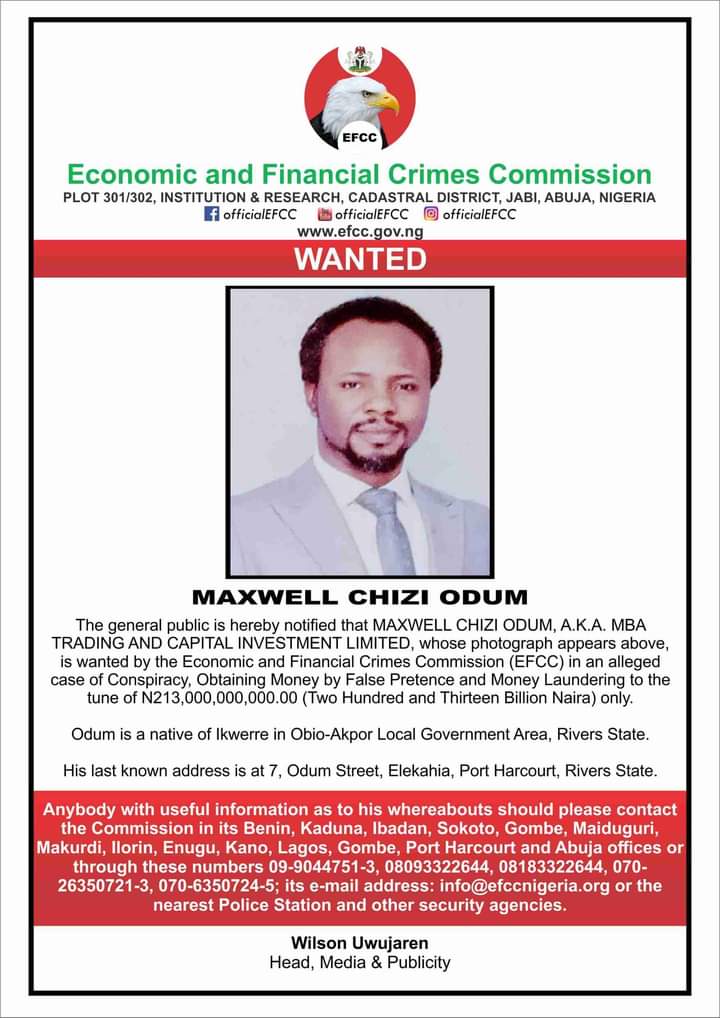