Investors at MBA Forex Trading Company, the company founded by Maxwell Odum protested on Sunday at the Christ Embassy church in Port Harcourt, Rivers State, over the inability of the Chief Executive Officer, Maxwell Odum, to refund it’s investors their capital. 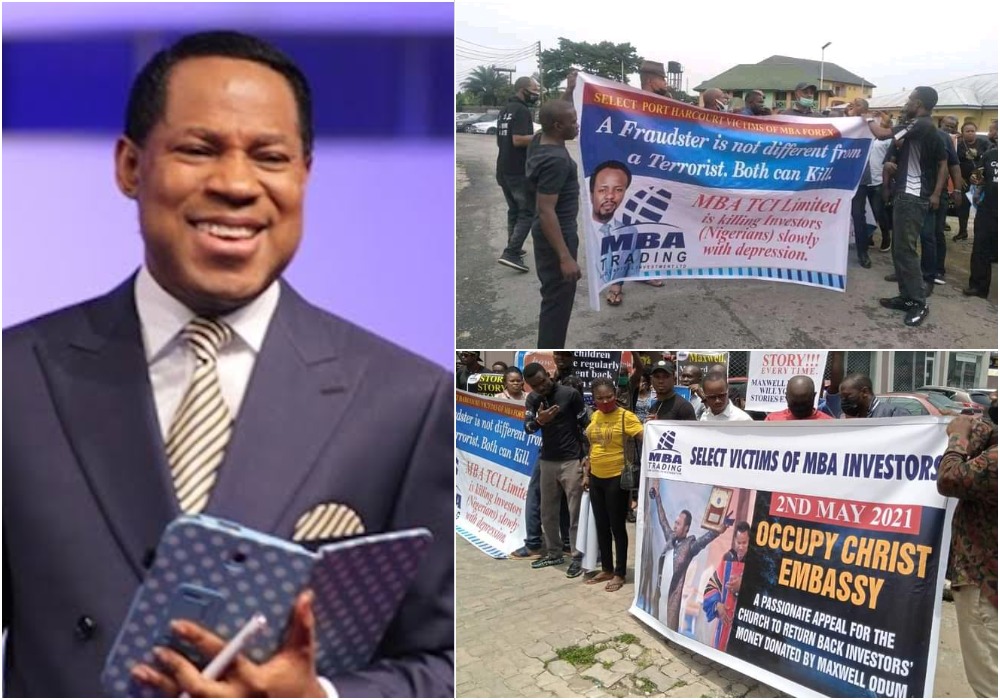 It was learnt that Odum scammed over 70,000 investors of N171 billion using MBA Trading and Capital investments which operated illegally for over two years.

The investment company, which promised 15% ROI for deposits starting from N350,000, shutdown their operation and absconded their investor’s money last year October.

Before it shutdown last year, Odum was said to have voluntarily donated N1 billion to Christ Embassy out of N171 billion before he went into hiding.

On Sunday, the investors stormed the church in protest, asking Pastor Chris Oyakhilome to refund their money donated by the MBA Forex CEO, Maxwell Odum.

If Maxwell Odum only voluntarily and willingly gave N1 billion to Christ Embassy out of N171billion, I don't think the church is the problem of the investors. They should seek for where he kept about 99.8% instead of crucifying the church for about 0.2%. pic.twitter.com/PFaRk2k2Pe

KanyiDaily had also reported how a 25-year-old Nigerian lady, Munachim Onyia, who was recently declared missing sparked mixed reactions on Twitter after some users accused her of faking her kidnap over N1.1 billion scam.