Bauchi State Police Command has arrested a final-year student of the Adamu Tafawa Balewa College of Education Kangere, Kamaluddeen Musa, for allegedly stabbing his friend, Usman Umar, to death over a girlfriend. It was gathered that the 22-year-old suspect killed his friend, 25, a fellow final-year student of the same school following an altercation on Monday over who is the real boyfriend of a fellow female student.

Nigerian Tribune quoted an eyewitness saying, “On the fateful date, there was a heated argument between the two friends over who is the real boyfriend of a female student as the two of them are laying claim to her.

“Late Usman then said that he has left the girl for him (Kamal) who warned that he should not be seen around the girl again or he will blame himself for whatever happens to him. We then told Usman to leave the area to avoid any problems,”

“Usman then went back to the room to take his belongings, as he was about to go out, we were all standing when Kamal came after him running.

READ:  Church Orders Bride To Clean Off Make-Up Before Joining Her With Husband [Photos]

“We didn’t know that he was holding a knife in his hand, he just rushed and stabbed him on the side three times. Usman then fell down on the ground with blood rushing.

“We knew that he was dead at that point but in order to avert violence by the students, the School management said that they were rushing him to Abubakar Tafawa Balewa University Teaching Hospital for further treatment.

“On hearing the news, students seized Kamal and started beating him before he was rescued by the security of the school. He was bragging that his father is Police Sergent and nothing will happen to him.

“As SUG officials, we are waiting to see what will happen, if we notice any foul play in handling the matter, we will do our own thing. We know Kamal to be a drug addict while the late Usman smokes. In fact, Kamal was drunk the previous night before the incident,”

He, however, stressed that they were best of friends before the incident, and there was no problems between them before the day of the incident, while he called on the school management to ensure that justice was done to assuage the family of late Usman.

Spokesperson of Bauchi police command, SP Ahmed Mohammed Wakil, who confirmed the arrest in a statement on Wednesday, said a ‘little altercation broke out between them when the deceased bewailed that the suspect went on an outing without notifying him”

“Detectives attached to the Command have arrested Kamaluddeen Musa ‘m’ 22yrs-old, a student of Adamu Tafawa Balewa College of Education Kangere-Bauchi LGA, Bauchi State for killing his friend and a fellow student of the same school,” the statement read.

“On 28/11/2022 at about 1300hrs, information available to the Command revealed that on the same date at about 0915hrs Kamaluddeen Musa stabbed his friend, Usman Umar ‘m’ aged 25yrs-old of the same address with a sharp knife in his stomach,”

“Upon arrival at the scene, the Police detectives evacuated the victim to the Specialist Hospital Bauchi where the victim was certified dead by a medical doctor, while the suspect was immediately arrested.

“Preliminary investigation revealed that both the suspect and the victim were friends and final-year students of Adamu Tafawa Balewa College of Education Kangere Bauchi LGA, Bauchi State.

“That on the 28th November 2022 at about 0915hrs, a little altercation broke out between them when the deceased bewailed that the suspect went on an outing without notifying the deceased.

“This led to a physical confrontation which inflicted injury to the thumb finger of the suspect, in the process the suspect drew a small knife from his pocket and stabbed the deceased in his stomach.

“It was corroborated by the two eye-witnesses; Musa Danjuma ‘m’ aged 22yrs and Nawasi Sadi ‘m’ aged 20yrs, all students of the same school. Investigation continues to explore other facts of the case.”

KanyiDaily had also reported how a Nigerian man was arrested by the police in Ghana for allegedly beheading his girlfriend over an alleged money ritual. 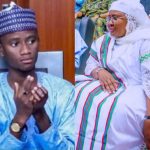 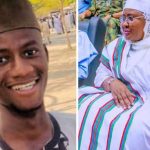