Veteran musician, Charles Oputa, aka Charly Boy, has taken to social media to taunt the Ooni of Ife, Oba Adeyeye Ogunwusi over his marriage crisis. 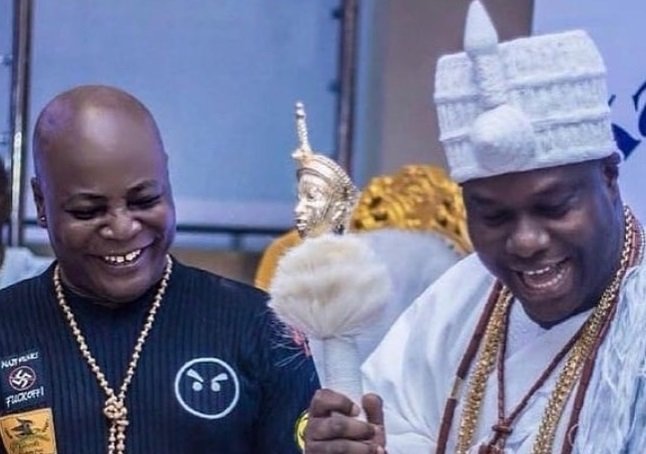 Queen Naomi had written, “His Majesty has a picture he would love the world to see and perceive him as and another one which is his true self.

“I, at this moment, announce that I shall no longer be referred to as wife to the Ooni of Ife or as queen of Ile-Ife, but as the queen of the people and mother of my adorable prince.”

Reacting on his Instagram page, Charly Boy wondered why two of the Ooni’’s wives “could abandon him in less than two months”.

He wrote, “See this my fine bobo. How is it that, in less than 2 months, two of your wives just divorced and ran away from your kingdom? To add salt to injury, it’s on Instagram they divorced you,” the singer wrote in Pidgin English.

“All that glitters is not gold. My people, how do you all see this matter? How come wives just take off without notice? Is it good?”

Meanwhile, Queen Silekunola Naomi has reportedly returned to the Ooni’s palace after so much pleading from the palace elders and elders from Akure.

READ:  Native Doctor Fathers Nine Kids With His Own Daughter