President Muhammadu Buhari has reacted to the suit filed by state governments seeking to stop deductions from their monthly allocations to fund debts associated with Paris Club refunds. 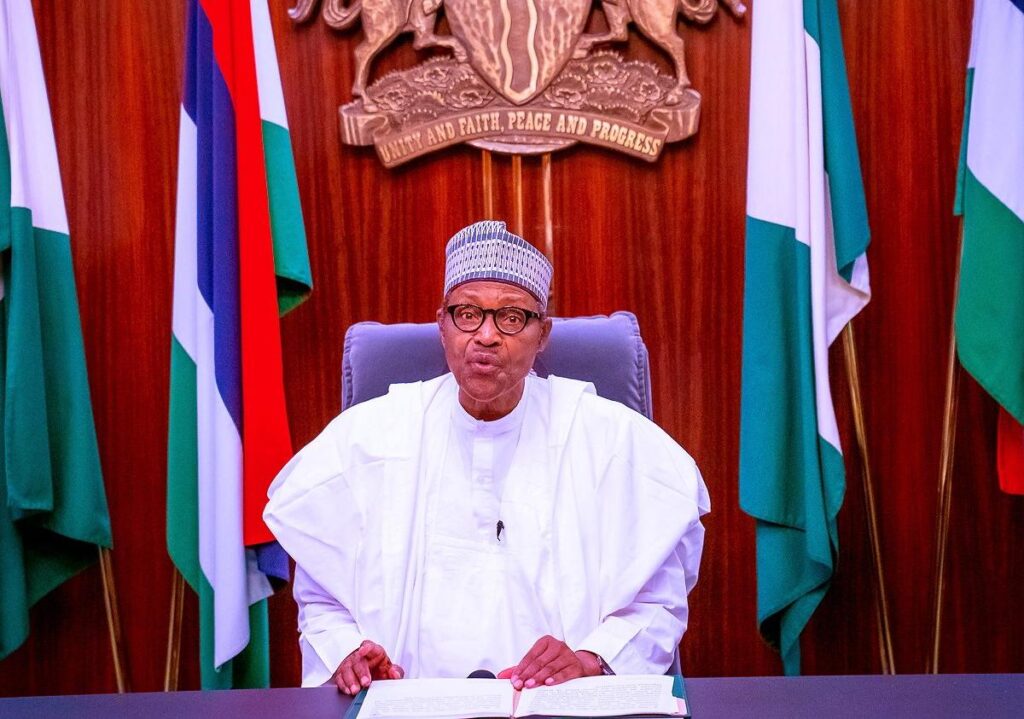 Buhari, who described the suit as an exercise in futility, said the states are fighting a lost battle because they brought the trouble on themselves by failing to pay the consultants they engaged, thereby forcing the consultants to obtain court judgments against them and the Federal Government.

In the court documents filed on their behalf by a team of lawyers, led by Mrs. Maimuna Shiru, Acting Director, Civil Litigation, Federal Ministry of Justice, they argued that, having admitted engaging the consultants, consented to most of the court judgments now sought to be executed by the consultants, the states cannot now oppose the Federal Government’s decisions to effect the deductions to settle what the states and local government areas owe the same consultants.

The President, who is sued as the first defendant, and the other four, claimed that the suit was an attempt by the states to evade liability, having benefited from the services of the consultants.

READ:  Mum And Her Lesbian Lover Behead & Butcher Young Son Because 'He Reminds Her Of Father'

Identifying some of the consultants to include: Linas International, Riok Nig Ltd, Dr. Ted Iseghohi-Edwards, Ned Munir Nwoko and Panic Alert Security System, they argued that at no time had both NGF and ALGON denied engaging the consultants nor denied the existence of the judgments or orders “which they have been aware of since they were delivered, but took no steps to either comply with them or challenge them by way of appeal.

“At the moment, there is no pending appeal or order for stay of execution against any of the judgments or garnishee orders absolute, either at the instance of the plaintiffs, the NGF, ALGON or any other entity

“The 36 state governors, who have been operating under the aegis of the NGF in receiving payments under the Paris Club refunds, engaging consultants, executing terms of settlement leading to consent judgments, have now turned around to sue via their state Attorneys-General in order to circumvent existing legal liabilities.”

The President and others noted the seeming conflicting roles some lawyers were playing in the dispute.

READ:  Soyinka Reveals How He Was Denied Flight In France Over Nigeria’s COVID-19 Permit

They observed that majority of the senior lawyers currently engaged by the states to handle their current case, intended to scuttle the planned deductions, were involved in the cases resulting in the judgments obtained by the consultants.

“All the learned silks (Senior Advocates of Nigeria) representing the plaintiffs in the instant suit have also represented the NGF in various litigations over the years on the same subject matter, which shows that they and the plaintiffs were fully aware of the issues at stake and did not, at any time before now, seek to differentiate between the plaintiffs and the NGF in respect of the transactions,” they said

The President and others referred to one of such cases, marked: CA/A/521/2016 in which the Central Bank of Nigeria (CBN) attempted, but failed, at the Court of Appeal, to set aside a garnishee order absolute got against it by Linas International and 250 others in relation to one of the judgments.

They said: “It is instructive to note that Ahmed Raji (SAN), who is now one of the senior counsel to the plaintiffs, represented the garnishee (CBN) in the above garnishee proceedings before this honourable court and even presently before the Supreme Court.”

The President and others, while querying the competence of the suit, insisted on proceeding with the planned deductions, arguing that the federal government’s decision was in compliance existing judgments and orders of courts.

The plaintiffs said: “The sum of US$418million under reference is a product of judgment debts arising from different subsisting judgments in respect of which there is no appeal, and the enforcement of which does not require the consent of the plaintiffs.

“With respect to the judgment debts arising from deductions and refunds to the state governments, all the plaintiffs herein were privy thereto as they acted through their proxy and agent, the Nigerian Governors’ Forum.

READ:  "Nigeria Will Not Know Peace Until An Igbo Becomes President" – Jim Nwobodo

“In view of the extant consents/authorisation for deductions already given to the federal government, neither the states nor the Local Governments can complain on the timing or manner or mode of complying with the judgments, the last of which was delivered three years ago in 2018.

“A monetary judgment becomes executory or enforceable immediately upon delivery, except where otherwise stated, which is not the case with the judgments in this case.”

On December 21, the planned hearing of substantive case along with the objections raised by the defendants became impossible in view of the non-conclusion of the necessary filings by parties, a development that made Justice Inyang Ekwo to reschedule hearing for February 15.

READ:  INEC To Release Report On PVCs Found In Gutters And Streets Of Lagos - Festus Okoye