The National Association of Nigerian Students (NANS) has staged a massive protest in Abuja against incessant strikes by the Academic Union of Universities (ASUU). Last week Wednesday, NANS President, Sunday Asefon had threatened to block all major roads in Abuja if the government and ASUU fail to resolve the issues within the weekend.

On Monday, February 28, several students across Nigeria’s tertiary institutions staged a protest in Abuja and some other parts of the nation over the lingering strike.

NANS protest started at the Unity Fountain in the federal capital territory (FCT) on Monday before marching towards the national assembly to further register their plights.

They held placards with different captions such as ‘#EndAsuuStrikePermanentlyNow’, and ‘Incessant ASUU/FG face-off a demonstration of craziness.”

Speaking during the protest, Asefon said Nigerian leaders had enjoyed free quality education in the past but want to punish the current generation with disruption in the sector.

He said, “It is disheartening to note that the Academic Staff Union of Universities (ASUU) has gone on strike more than four years cumulatively since 1999. The consequences of this development are grave on the part of the students who are the victims of these incessant industrial actions embarked upon by ASUU as a result of labour disagreement with the Federal Government. The resultant effect of these incessant strikes is inconsistency in scholarship, research, and learning output.

“At the end of every strike action, ASUU members get their salary, government officials and politicians get their pay, Ministers in charge of the Ministry of Education and his counterpart in the Ministry of Labour get their pay and allowances for unproductive meetings with ASUU, but the students get nothing than the inability to get mobilised for NYSC as a result of age limitation, limited job opportunities as a result of age limitation, untimely death of students traversing the poor Nigerian roads unnecessarily, all as a result of incessant ASUU strikes.

“It is more worrisome that most of the industrial actions could have been avoided if the government has been responsible enough to fulfill promises/agreements freely entered with ASUU over the years and fulfill their part of the bargain. Public tertiary institutions in Nigeria have taken a downward slope in recent years and there is an urgent need to fix the system. Many students no longer trust the education outcome of our tertiary institutions as a result of the incessant strikes and infrastructural neglect from the government.

“These developments account for the high level of migration of Nigerian students abroad in search of stable and quality education. Many of our students are currently trapped in war-ravaged Ukraine as a result of the incessant strikes in our universities and lack of adequate infrastructural development.”

He said the students were, therefore, compelled to make the following demands:

“That the Federal Government must as a matter of urgency honour every agreement freely entered with ASUU and renegotiate areas that need renegotiation in good faith with ASUU while we call on ASUU to be open-minded, progressive, and be realistic in their terms.

“Federal Government must do all it takes to convince ASUU to suspend its strike and return to the classroom immediately to ensure continuity in our academic calendar.”

They also called on Federal Government to consider immediate and urgent investment in revitalising public tertiary institutions in Nigeria to accommodate the growing population and the emerging needs of the century.

“We demand that Nigerian students who are the victims of the incessant ASUU strikes must be represented in all negotiations between the Federal Government and ASUU.

“We, therefore, plead with ASUU to call off the strike while they devise new means of holding the government accountable without necessarily going on strike,” he added.

Below Are Photos Of NANS Protest: 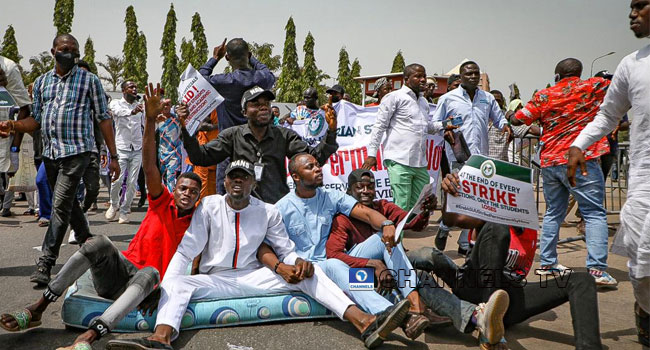 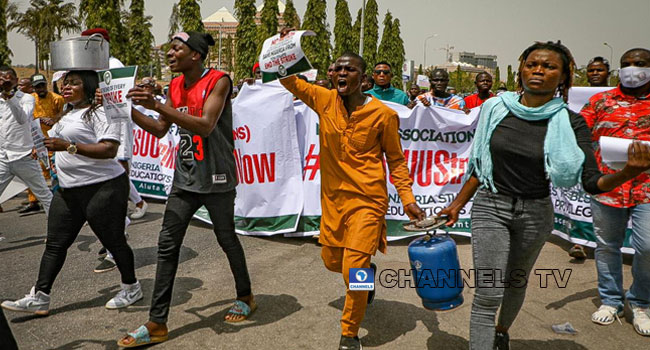 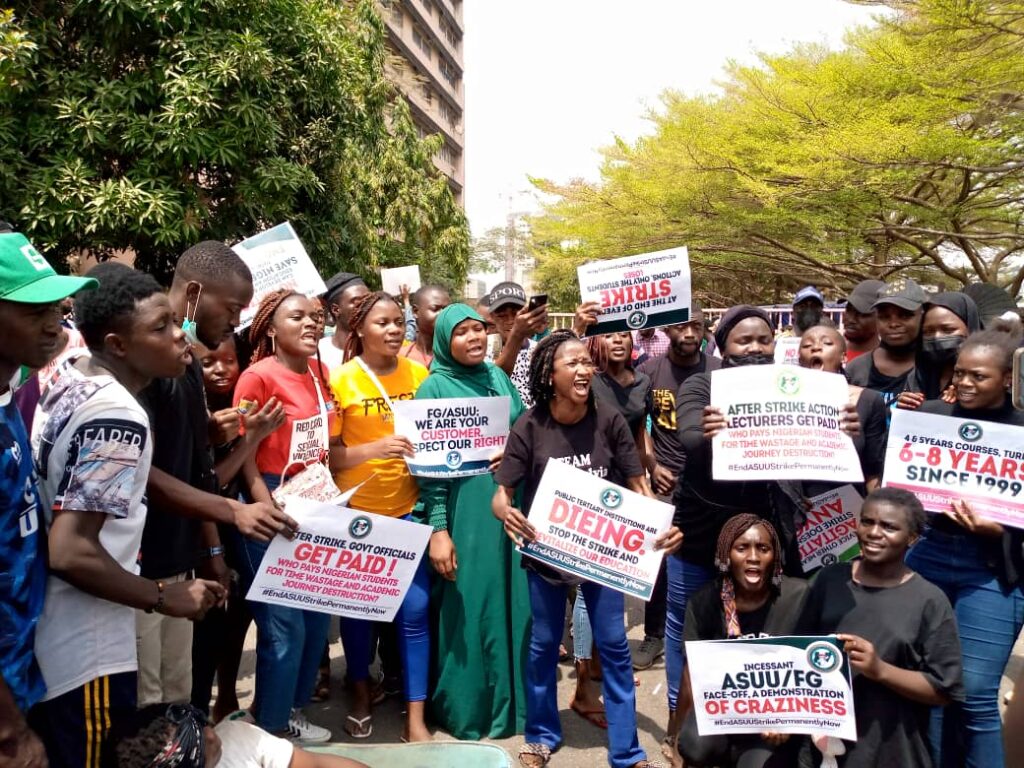 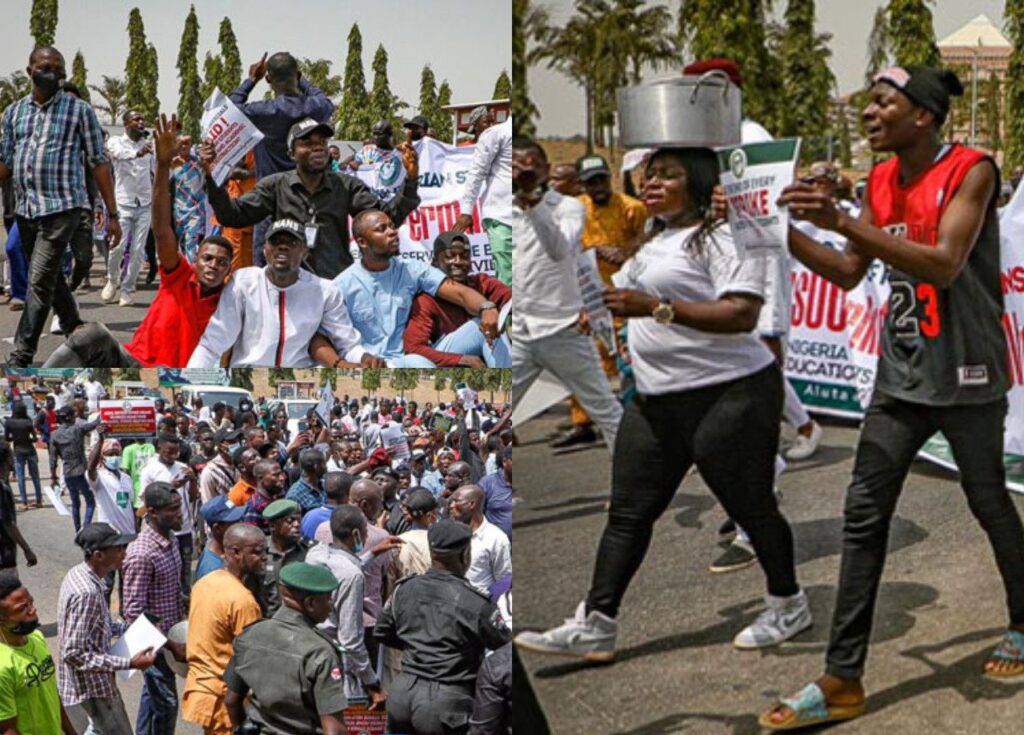 KanyiDaily recalls that the Minister of Labour and Employment, Chris Ngige had said the ongoing strike is not recognized because ASUU failed to notify his ministry before embarking on the industrial action.

READ:  Ezekwesili Picks 'Gentleman Of Character' As Running Mate For The 2019 Presidential Election 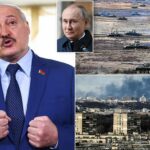 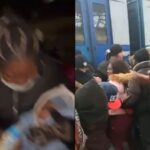