Nigerian television presenter, Frank Edoho has been announced as the host of the highly anticipated game show, Who Wants To Be A Millionaire (WWTBAM).

Who Wants To Be A Millionaire Returns

The announcement was made at an event at the Federal Palace Hotel, Victoria Island, Lagos, to intimate journalists and members of the public about the return of the popular show which went off the air in 2017.

According to the organizers, the new season will commence in March 2022 and will run for 52 weeks, and the ultimate prize to be won on the show is now N20m.

Tagged ‘The Rebirth’, another addition to the show will see contestants able to use a ‘lifeline’ of ‘asking the host’ whenever they get stuck. Other lifelines on the show are ’50-50’, ‘Call a Friend’, and ‘Ask the Audience’.

Hey everyone. I assume you know by now that I have been offered the role of Host of WWTBAM Series 2. My immense gratitude goes to all of you for hoping that I get the job. Thank you for your kind wishes and felicitations
God bless you all. 💙#FrankIsBack #WWTBAMTheReturn pic.twitter.com/DSBkQckvnd

At that time, he had announced on Twitter that he would no longer host the show because he did not reach an agreement with the organizers of the show on certain conditions.

Originally a British show, it was adapted for Nigerian audiences, and was well followed during the initial 13 years it was broadcast.

Edoho was applauded by many for the way he handled the show, particularly his sense of humour and the suspense he employed, which usually left contestants and viewers glued to the edge of their seats.

Past winners of the show include Osazuwa Osahon Daniels, who went home with N5m in 2009; Aroma Chimuanya, who got N10m in 2009; Babatunde Oladipo, who walked away with N5m in 2010; and Nnaemeka Ubaekwena, who left the show N5m richer in 2012.

READ:  COVID-19: I Will Kill, Eat My Neighbors If My Family Starves During Lockdown – Man Threatens [Video]

The show is sponsored by UP, a payments and financial technology company, in collaboration with BLK Hut Media, producers of the Nigerian version of the show, under the license of Sony Pictures.

The Managing Director of UP, Agada Apochi, stated that the show would create lasting memories for viewers.

He said, “We are sponsoring the show to entertain, educate and excite Nigerians. The return of WWTBAM is coming with a bang that would create lasting memories in the minds of audiences.

“It is going to keep them on the edge of their seats as new millionaires emerge from the show.”

The Chief Executive Officer of BLK HUT Media, Hakeem Condotti, also emphasised that the show would keep viewers glued to the edges of their seats while watching it.

He said, “We are proud to bring international quality content right to our screens again in Nigeria.

“As part of the much-needed relief from COVID-19 that we all need as a nation, ‘Who Wants To Be A Millionaire? Series 2 – The Rebirth’ is here to entertain, educate and have viewers on the edge of their seats.”

ALSO READ: Multi-Millionaire Reveals He’s Searching For A Beautiful And Successful Woman To Start A Family 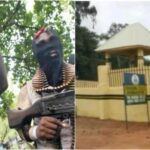 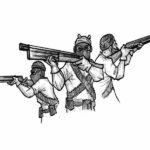