The lawmaker representing Imo West Senatorial District in the National Assembly, Senator Rochas Okorocha had revealed why he’s calling for a new political party in Nigeria ahead of the 2023 general elections. 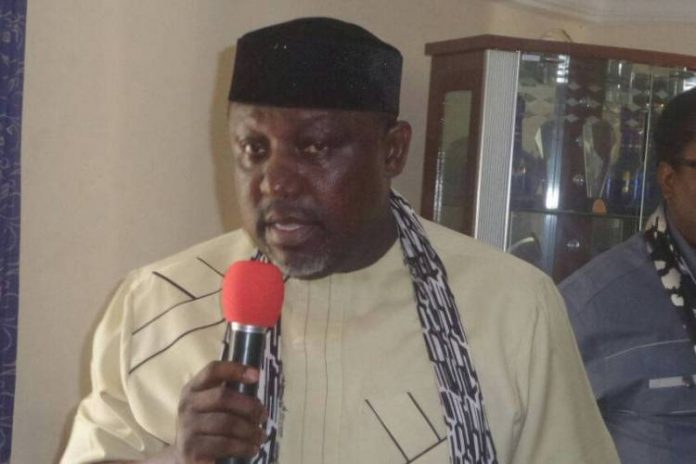 KanyiDaily recalls that Okorocha had earlier called for a new political movement that would involve like-minded people from the All Progressives Congress (APC) and the Peoples Democratic Party (PDP).

Speaking to journalists in Abuja, Okorocha said: “The movement for a new Nigeria has begun and we must come together, I mean progressive Nigerians to make the country work”

Okorocha, who is also a founding member of the APC, explained further that the new party will not be like the APC which was hurriedly formed to take power from the PDP without much emphasis on the character of those championing the course.

“The APC was a hurried arrangement, it was hurriedly formed to take power when the then government was drifting. APC would have been better until people who were not members of the party; people who came for congratulatory message hijacked the party and became Lords.

“The issue is not about APC or PDP, it is beyond political parties, we are talking about the character of the politicians.

“Political parties in Nigerian don’t have any ideology; it is just a vehicle to come to power. So what we have is not the ideal thing, we have so many people who are not interested in working for the nation. Take for instance if President Muhammadu Buhari had surrounded himself with good people, the story will not be the same today.”

“We have bad people in APC, just as we have them in PDP and that was why I made the call in Rivers State that the good ones should come together to lead the people”.

KanyiDaily recalls that the Coalition of Arewa Professionals had endorsed Rochas Okorocha for the office of the President in 2023.

Related Topics:apcNewsNigeriaPDPPoliticsrochas okorocha
Up Next

Trump Farewell Address: I am proud to be the first president in decades who has started no new wars