American singer, Keke Wyatt has taken to social media to announce that she’s expecting her 11th child with her husband, Zackariah David Darring. 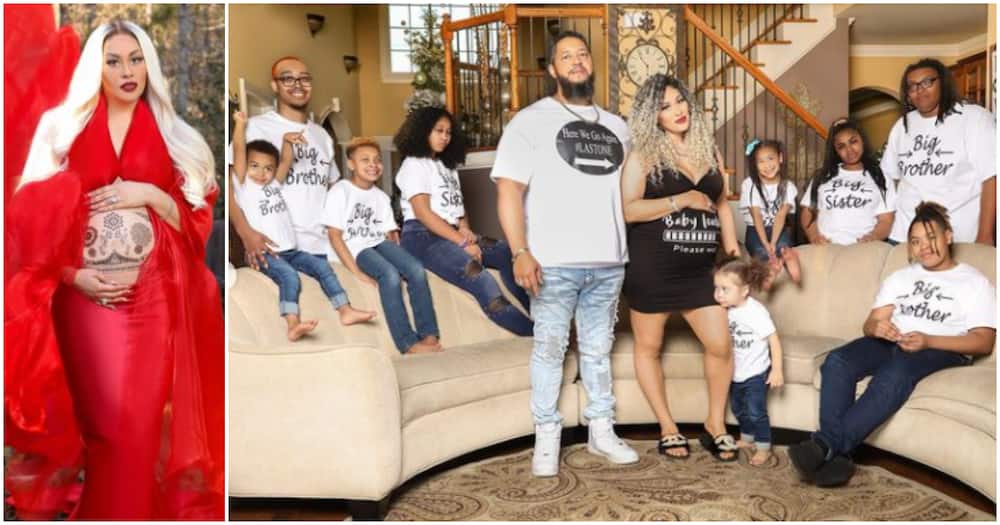 The 39-year-old singer, who disclosed this on her Instagram page on Sunday, shared a photo of herself in a red gown, with her protruded belly exposed.

Sharing the photo, she wrote: “My husband, Zackariah David Darring, and I are proud to announce that our family will be adding a ‘plus 1’ to the Wyatt Bunch!”

In another post, Keke Wyatt shared a lovely photo of her huge family showing nine out of her 10 kids as she explained that one of her daughters was absent during the photo shoot.

READ:  Skiibii Seeks Redress After Dorcas Fapson Accused Him Of Stealing Her Valuables

When she was 18, Keke Wyatt married her road manager with whom she shares three children: Keyver Wyatt, Rahjah Ke’, and Ke’Tarah Victoria.

Following their divorce, Keke remarried in 2010 to a man named Michael Jamar Ford and went on to welcome Ke’Mar Von, Wyatt Michael, Ke’Yoshi Bella, and Kendall Miguel. The couple confirmed their divorce in August 2018.

KanyiDaily had also reported how a gospel singer, Jonathan Steingard, who was the frontman for the Christian rock band “Hawk Nelson”, had renounced his Christian faith, saying he no longer believes in God.

READ:  Housewife Dragged To Court For Assaulting Her Husband Over His Inability To Impregnate Her