The Oluwo of Iwoland, Oba Abdulrosheed Adewale Akanbi has declared that he is greater than all his fathers and forefathers including Oduduwa, Obatala, Sango, Ogun, and Awolowo. Oluwo of Iwo Says He’s Greater Than His Forefathers

The monarch, who made the declaration on his Facebook page on Tuesday, March 15, said that if he is not better as one of their offspring, then all the ‘incoming generation’ including him are failures.

Oluwo added that the dream of every father is for their children to be greater than them, which is why he confidently posited himself as being better than his forefathers.

He wrote, ”I AM EMPEROR TELU1 AND I’M GREATER THAN ALL MY FOREFATHERS!

“I am, I should and I must be greater than my Fathers and Forefathers from Oduduwa, Obatala,Orunmila, Ogun,Sango, Awolowo etcetera because if I’m not greater than them as their offspring then it means all of us and incoming Generations are failures…

“I am greater than all the names mentioned above and that’s why my Children as well must be Greater than me!!! This is the dreams and aspirations of our fathers and Forefathers.” KanyiDaily recalls that Oluwo of Iwo had recently called on the Federal Government to approve death penalty for terrorists, ritualists, and drug peddlers in the country.

READ:  67 Year-Old Australian Grandma Found Dead in South Africa after Meeting with 28 Year-old Nigerian she met online and he proposed 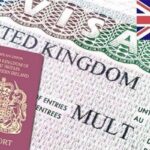