Nigerian award-winning singers, Davido, Wizkid, and Burna Boy have ignited their social media feud as they fight over supremacy in the music industry. 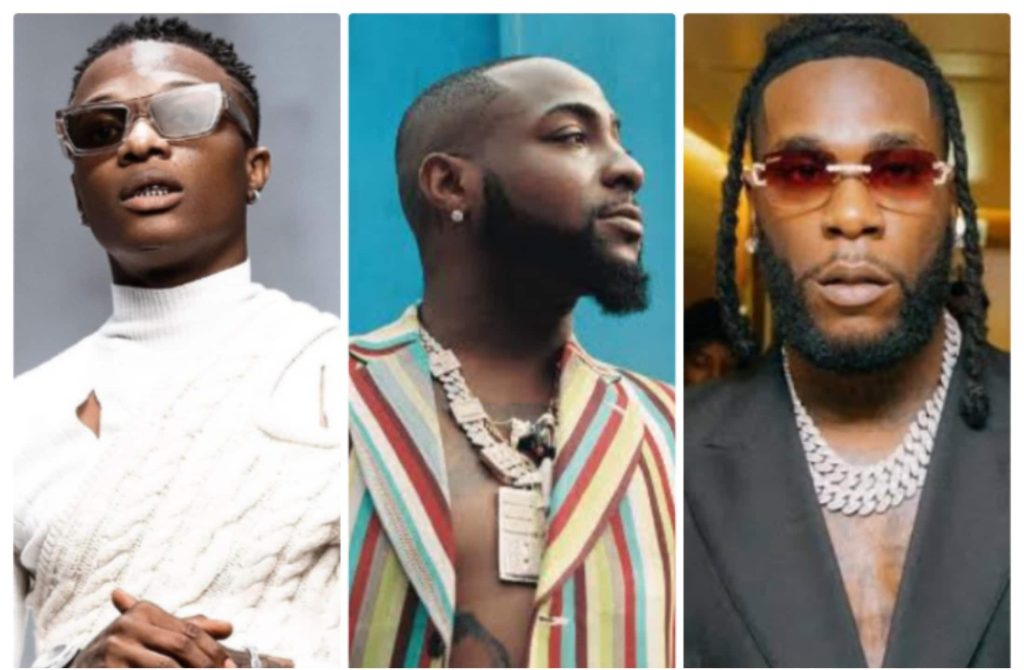 The drama began on Sunday after Wizkid took to his Snapchat page to air some braggadocios view about his music career, saying he had the ideal strategy for being successful, hence, his colleagues should take time and learn from him.

“I can stop touching the mic today and y’all lil niggas still can’t touch the wealth! Even if u ask ur dad and mom for help #moreloveLessEgo # EveryBody’s Daddy

“Also soon. I’ll open a class for u niggas to come learn how to get all you deserve with less work and smart business choices.

“Moving forward! Y’all address me as Sir or daddy before u mention my name ! Ok babies!” Wizkid wrote. Taking to his Snapchat page, Burna Boy admitted that Wizkid is the best in the game, but that will not defile the fact that he is way better than Davido who he claimed to be his uncle.

“Lmao, Normally Wizkid na every Naija artistes popsy for sure but I be uncle to Davido for this music thing!!! Yes, I said it!!!”, Burna Boy Wrote. In a swift response, Davido insisted that he is bigger than Burna Boy who he claimed signed an enslaved contract with Atlantic Record label, vowing that the “Last Last” crooner can never outgrow him and Wizkid.

“Nigga till you stop making music I’m gonna be bigger than you, I ain’t the one that signed a slave deal with your record label because you wanna chase numbers and be bigger than Wizkid and myself. You still ain’t seeing our backs!!!” Davido wrote. 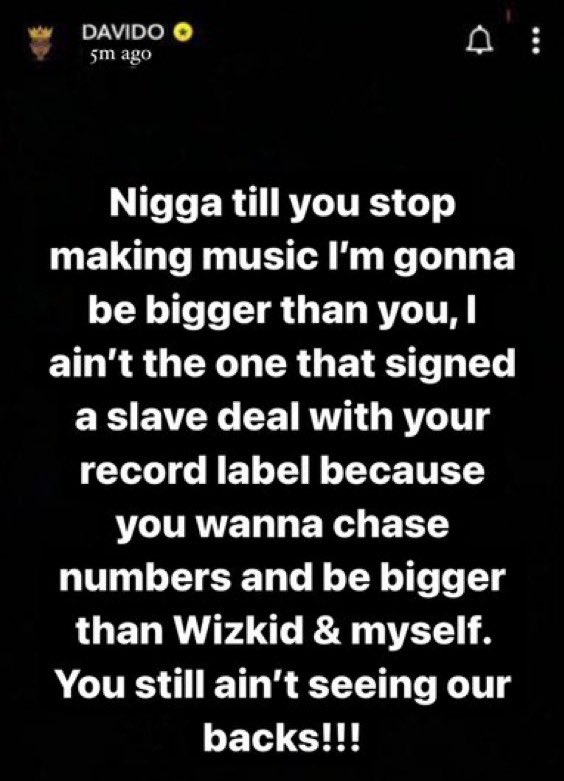 Burna Boy also described Wizkid as an illiterate, in response to the “Essence” crooner’s utterance that he would school him and Davido. He further stated that he would only have a conversation with Wizkid if he has made up to $100m this year. Otherwise, he advised the self-acclaimed ‘Star Boy’ to sit down and smoke “brkfst”.

Burna Boy wrote, “I can’t talk money with you if you haven’t made $100M this year. Just smoke BRKFST and sit down.” 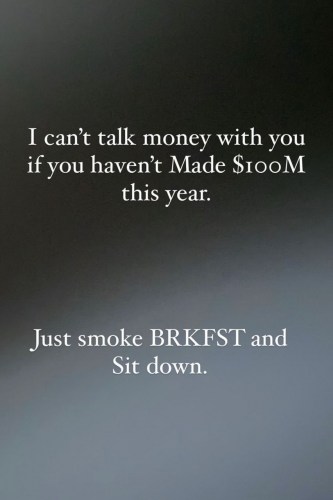 Wizkid also went back to his Instagram story to make fun of how Burna Boy is trying to measure up to him. He wrote: “Small yansh dey shake o”. KanyiDaily recalls that Burna Boy had recently threatened that he would have dealt with Wizkid to make his ‘delusional fans’ realize that he’s not Davido. 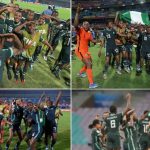 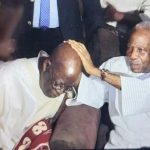