Nigerian celebrated entrepreneur, Obinwanne Okeke fondly called Invictus Obi, has been sentenced to 10 years in prison after he pleaded guilty to the $11 million (N4.2 billion) fraud charged against him in the United States. 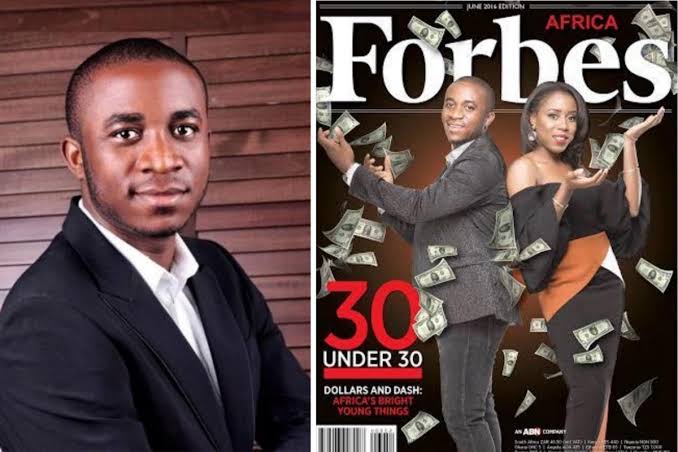 Mr. Okeke was sentenced on Tuesday by a court in Norfolk, Virginia, for his involvement in a computer-based intrusion fraud scheme that caused approximately $11 million in known losses to his victims.

“Through subterfuge and impersonation, Obinwanne Okeke engaged in a multi-year global business email and computer hacking scheme that caused a staggering $11 million in losses to his victims,” said Raj Parekh, Acting U.S. Attorney for the district.

“Today’s sentence further demonstrates EDVA’s and FBI’s worldwide reach in vigorously pursuing justice on behalf of American victims and others and holding international cybercriminals accountable, no matter where they commit their crimes.”

According to court documents, Obinwanne Okeke, 33, operated a group of companies known as the Invictus Group based in Nigeria and elsewhere.

From approximately 2015 to 2019, Okeke and others engaged in a conspiracy to conduct various computer-based frauds. The conspirators obtained and compiled the credentials of hundreds of victims, including victims in the Eastern District of Virginia.

As part of the scheme, Okeke and other conspirators engaged in an email compromise scheme targeting Unatrac Holding Limited, the export sales office for Caterpillar heavy industrial and farm equipment.

READ:  Pretty Woman Publicly Disgraced for Stealing Money From A Woman At The Bank (Photo)

“The FBI will not allow cyber criminals free reign in the digital world to prey on U.S. companies,” said Brian Dugan, Special Agent in Charge of the FBI’s Norfolk Field Office.

“This sentencing demonstrates the FBI’s commitment to working with our partners at the Department of Justice and our foreign counterparts to locate cyber criminals across the globe and bring them to the United States to be held accountable.”

Invictus Obi could spend 20 years in jail with up to $250,000 in fines amongst other punishments, but a group of sympathisers appealed to the Virginia court to temper justice with mercy.

The sympathisers which include family members, an employee, a pastor, and others related to Invictus Obi, expressed shock about his involvement in the unlawful activities and pleaded he be given a second chance.

KanyiDaily had reported how Invictus Obi, who made it into Forbes Africa’s 30 under 30 list in 2016 as a young African entrepreneurs, was arrested by the FBI over a fake wire transfers.

READ:  "Why Do Adults Get Involved In Drug Abuse After Seeing What It Did To Others?" - BBNaija's Alex Asks

He was arrested by the FBI in August 2019 for allegedly being the ringleader of a global cybercrime syndicate who specializes in Business email compromise (BEC) attack.

According to the FBI, his organised syndicate had defrauded several American citizens to the tune of $11m through fraudulent wire transfer instructions in a massive coordinated business email compromise scheme.

However, after months of denying his involvement in the crime before a federal judge in the US, he pleaded guilty in June 2020 to the allegation of conspiracy to commit wire fraud and agreed to cooperate with American authorities.