The former president spoke a few days after the ex-Lagos governor visited him in his Olusegun Obasanjo Presidential Library (OOPL) in Abeokuta, Ogun state on Wednesday.

Speaking during a public function on Friday, Obasanjo jokingly made reference to Tinubu’s phrases,  “Èmi Lọ Kàn, Eléyìí, Olule” — meaning “I’m the next, This One, and to fall badly”.

On June 2, days before the party’s presidential primaries, Tinubu spoke about how he was instrumental in the election of President Muhammadu Buhari, and why he deserves to be his successor.

The former Lagos governor made an emotional outburst at the gathering of APC stalwarts which had Governor Dapo Abiodun in attendance.

Tinubu used ‘emi lokan’ to say it was his turn to become the nation’s president to succeed Buhari. While speaking about how he had contributed to the political ambitions of some politicians, he called Abiodun ‘eleyi’ saying I made ‘this one’ to become governor too.

He said that Buhari contested three times for presidential election but ‘olule’ (he was beaten down) and at the point of making no attempt, he (Tinubu) was the one that approached him when he (Buhari) was crying on national television.

Speaking on the highlights of Tinubu’s recent visit, Obasanjo said he told the former Lagos governor that he has successfully added new words to the political dictionary of Yorubaland and that “we will continue to use it”.

“Yesterday, when I received a guest. I said dear guest, you have introduced some vocabularies into the Yoruba political dictionary – Emi lokan (it’s my turn), eleyi (this one), olule (he was beaten down).

“Èmi Lọ Kàn, Eléyìí, Olule, he laughed and I said I don’t know If these new vocabularies are good or not good, but they are new and we will continue to use them,” he said. 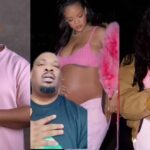 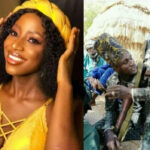