KanyiDaily recalls that during a recent interview with Media Room Hub, Mercy had told critics to leave her alone so that she could enjoy her marriage in peace.

Mercy Aigbe noted that she won’t be the first person to become a second wife and she’s happy extremely about her choice of marriage to Adekaz.

Reacting to the interview on her Instagram page, Adekaz’s estranged wife, Oluwafunso Asiwaju alleged that her “soon-to-be ex-husband” had been having sexual relations with Mercy Aigbe, who was now his second wife.

Asiwaju noted that she was friends with Mercy but the actress “repaid” their friendship by having intimate relations wwith Adekaz since her now 11-year-old son with ex-husband, Lanre Gentry, was 5-months-old.

Oluwafunso wrote, “Let’s get the record straight here. This post is regarding an interview recently going around by Media Room Hub with my soon-to-be ex-husband in one of his numerous lies.

“I want you all to know that in contrast to what Mr Adeoti said, I did NOT and will NEVER SETTLE to have a second wife in my marriage to him.

“Kazim, you should stop painting a perfect picture of a marriage you clearly do not have with me, Oluwafunso Asiwaju Couture.

“You and your sidechick can continue with whatever it is you are doing, BUT NEVER come out to social media degrading me or my children with your demeaning and childish attitude. I will not stoop to your level of rubbish and stupidity.”

Responding to Mercy’s claims that there were never friends, Oluwafunso said, “As for you Mercy, let’s cut the crap. We were friends, but the shame and your glam lifestyle will not let you admit it.

“You have been sleeping with Kazim since your son was only 5 months old. I introduced you to Kazim as my friend. I called and personally invited you and your ex-husband to the 40th surprise birthday party I did for my soon-to-be ex-husband.”

Mercy had welcomed her son with her ex-husband, Lanre Gentry, in June 2010. Going by Oluwafunso’s claims, the actress have had sexual relations with Kazim since November 2010.

The ace actress separated from her ex-husband in 2017 after she alleged that she suffered domestic violence in her marriage.

READ:  UPDATE: Video Of Woman Who Died While Chasing Her Husband And His Side-Chick

Oluwafunso continued, “You were a constant friend of mine back then. I brought you close as a friend because I liked you, but you repaid me by sleeping with my husband, Kazim .

“You were a problem in my marriage for YEARS. Now I’m happy to let you know this is only the beginning of the end for you.

“I’m DONE. He’s all yours, ENJOY. I’m really past this. Like I said in my first post, ‘Losing someone who does not respect or appreciate you is actually a gain, not a loss.’”

This comes a few weeks after Mercy Aigbe revealed that her new husband, Adeoti Kazim, is a Muslim and is entitled to marry more than one wife.

READ:  Rita Dominic Is Heartbroken Over Alleged Rape Of 13-Years-Old Girl To Death By A Father And Son

READ:  Cardi B Wants To Have Sex With Husband Offset In "30 Different Positions" For Her Birthday - Watch Video 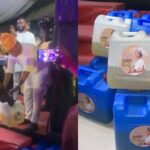 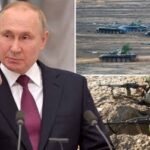